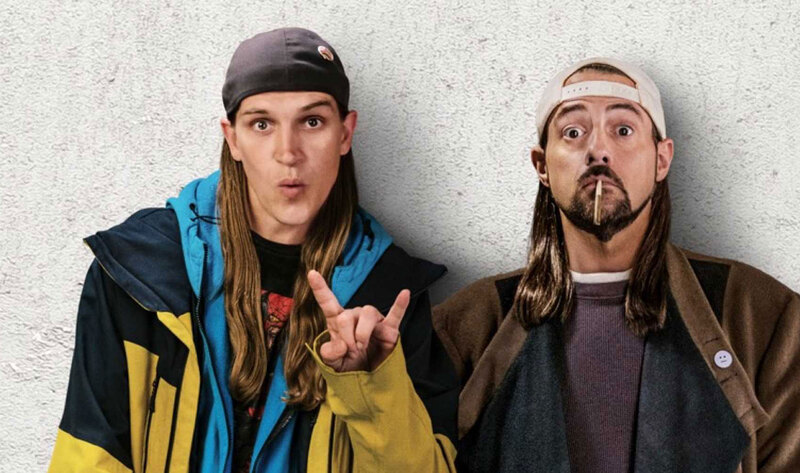 Actor and director Kevin Smith recently debuted promotional show Not Ones, a vegan version of popular internet series Hot Ones where celebrities are tasked with maintaining a conversation while eating chicken wings doused in increasingly spicy hot sauces. After explaining that Hot Ones rejected his publicist’s request to appear on the show, Smith invites his Jay and Silent Bob co-star Jason Mewes to his own show to promote the reboot of the film which premieres in theaters nationwide on October 15. While Hot Ones gives celebrities an option of eating vegan wings, Smith’s version of the show features vegan tempeh wings from Smith’s favorite chain Veggie Grill. “I love fake meat,” Smith says while Mewes haphazardly slathers his vegan wings in hot sauce, causing him to struggle to continue the conversation. To combat the heat, Smith explained that he ordered ranch—”Vegan ranch!”—to combat the heat of the sauce. The duo then proceeds to share a vegan chicken wing Lady and the Tramp-style, with each actor eating one side of the wing simultaneously until they reached the middle. Smith transitioned to a plant-based diet after he suffered a “widow-maker” heart attack last year and has since become a staunch advocate for animal-rights, often appearing alongside his vegan daughter Harley Quinn-Smith to support organizations such as Farm Sanctuary and Mercy For Animals.