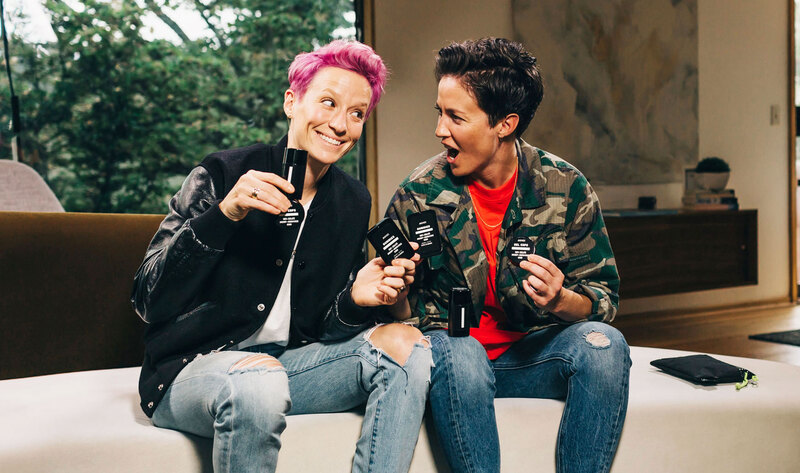 This week, soccer star Megan Rapinoe—who famously led her team to victory during the 2019 FIFA Women’s World Cup—joined CBD company The Mendi Co. as an athlete ambassador, board advisor, and strategic partner. Launched in August, the brand was founded by a women-led team that includes the soccer star’s twin sister Rachael Rapinoe (also a professional soccer player) and cannabis expert Kendra Freeman. Mendi sells gummies, gel capsules, and salves infused with CBD—a non-psychoactive portion of marijuana associated with a variety of health benefits. The company aims to destigmatize CBD as a medicinal aid within the sports industry and operates on principles of inclusion and social justice. “As a company, we want to ensure that Mendi has diverse representation in our workforce, good working conditions with our partners, and we use Mendi to educate the general public about CBD and cannabis use,” Megan said. “It is no secret that many people have spent years in jail for cannabis, of those people a disproportionate percentage are people of color. We will use this company and our platform to raise awareness and fight for the legalization of CBD and cannabis everywhere.” While Mendi’s gummies are vegan, its gel capsules currently contain animal-derived gelatin and its salve has beeswax. Freeman told VegNews that the company is actively looking to replace gelatin with plant-based ingredients once its manufacturing partner is equipped with new machinery—but does plan to keep the beeswax.

Save Gorillas, Ban Live Animal Mascots, and Delay SCOTUS Vote Until After Election: 10 Petitions to Sign this Week to Help People, Animals and the Planet!