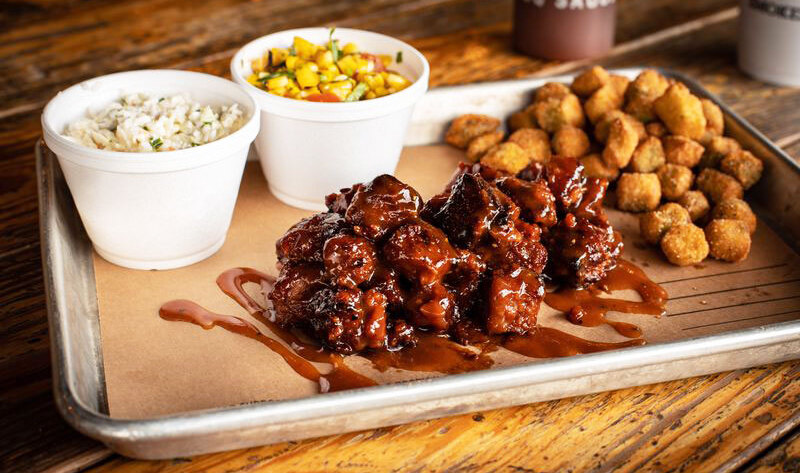 On November 4, barbecue chain 4 Rivers Smokehouse will introduce vegan Beyond Burnt Ends at all six of its Central Florida locations. The new menu item features Beyond Meat’s vegan beef that is double-smoked and slow-roasted in the same way that the restaurant prepares its animal-based barbecued meat. “It was important to create something that looked, smelled, and tasted like its meat-based cousin,” 4 Rivers Founder and CEO John Rivers told the Orlando Sentinel. “We tested jackfruit pulled pork, black bean burgers, and vegan sausages; however, none were necessarily unique. In the end, we chose burnt ends due to its popularity on our menu, and because it’s something we’ve not seen offered as a plant-based option.” To ensure the new menu item was vegan friendly, the chain will add a vegan bun to the menu and remove dairy and honey from its barbecue sauce—replacing the latter with agave syrup. “I can’t say how long it will last on the menu, but for now it’s serving an increasing segment of the market,” Rivers said. “And quite frankly, it’s a lot of fun surprising folks with something that tastes so good. Even the staunchest carnivores on our team enjoyed the meatless option.”