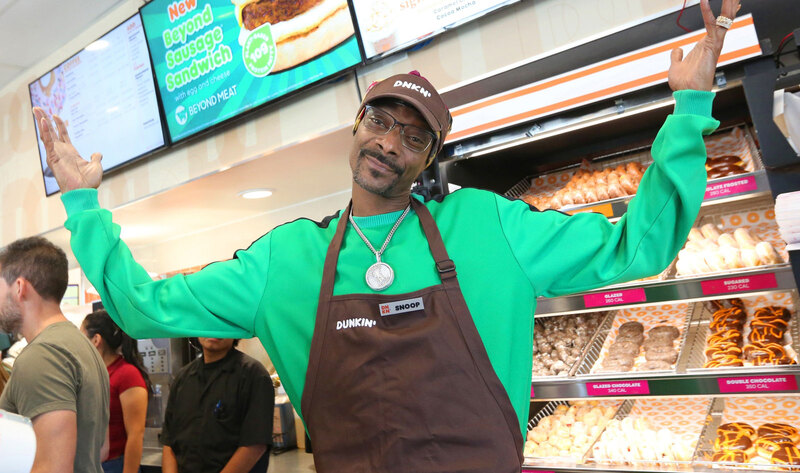 Legendary musician Snoop Dogg recently hopped behind the counter at a Dunkin’ location to serve customers the newly launched Beyond Sausage Breakfast Sandwich—which can be ordered by omitting cheese and egg. The incident was documented by Dunkin’ in a promotional video.

“We brought in the biggest Beyond Meat fan we know as our newest employee,” the video narrator explains as Snoop Dogg ties his apron before dancing behind the counter. “You want that plant-based great taste?” Snoop Dogg asks several surprised customers. “Employee of the month is at it again, y’all!” In July, Dunkin’ first launched the sandwich at select Manhattan, NY locations and expanded the option to its more than 9,000 locations nationwide today. This is not the first time that Snoop Dogg has promoted Beyond Meat. In February, the musician threw a Grammy Awards pre-party where he treated guests to the Beyond Famous Star from Carl’s Jr.—which the chain added to more than 1,000 locations nationwide in January.