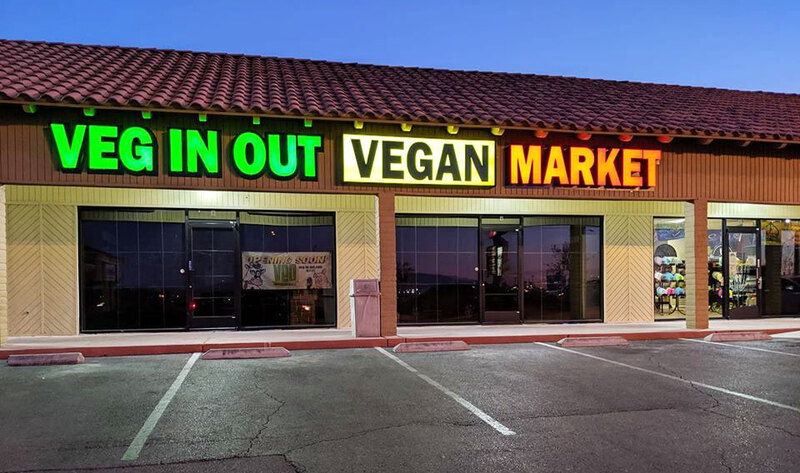 All-vegan supermarket Veg-In-Out Market recently opened in Las Vegas, NV. The store offers a wide selection of popular vegan brands and local favorites ranging from frozen, refrigerated, canned, and packaged foods, plus major brands such as Beyond Meat, JUST, and Gardein. It also features a large selection of vegan junk food such as candy bars, snacks, and ice cream. “We wanted to create a place where we could find a wider array of vegan products and not have to read the labels on any of them—like going into a vegan restaurant and being able to order everything on the menu,” Veg-In-Out Market co-owner Erik Roger told Vegans, Baby. “With Veg-In-Out Market, we hope to bring a sense of community between those who are currently vegan, those who are thinking of becoming vegan, and those who don’t know they’re vegan … yet.” Veg-In-Out Market also put in place a loyalty rewards system for its customers to obtain rewards, discounts, and coupons for shopping at the supermarket. Additionally, it plans to donate a percentage of its profits each month to a nonprofit organization that works for animal rights. The charity will be voted on by customers each month via social media.