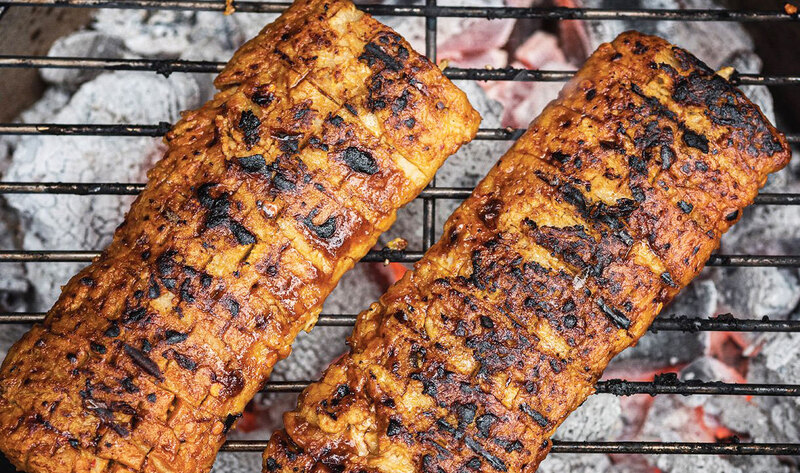 In December, Dutch food company Ojah BV will launch what it calls “the world’s first vegan ribs” at trade show Fi Europe in Paris. The plant-based ingredient developer—which also sells vegan chicken made with its Plenti protein—created a yellow-pea based protein it calls Heppi, which gives the ribs their meaty texture. “For the past six years, Ojah has been working on extending its high moisture extruded (HME) ingredients portfolio,” Joeri Hollink, Ojah Head of Product Development, said. “We were focussed on developing a new texture, based on a different protein source than soya, but with the same “wow” effect as Plenti.” The ribs are boneless and can be grilled or used in a barbecue rib sandwich that Hollink says will, “be dripping all over your lips and spoil your favorite T-shirt.” After debuting at the trade show, Ojah will make its Heppi ribs available to foodservice providers in the Netherlands in a “rack” of approximately 10 ribs before expanding production in the first half of 2020.