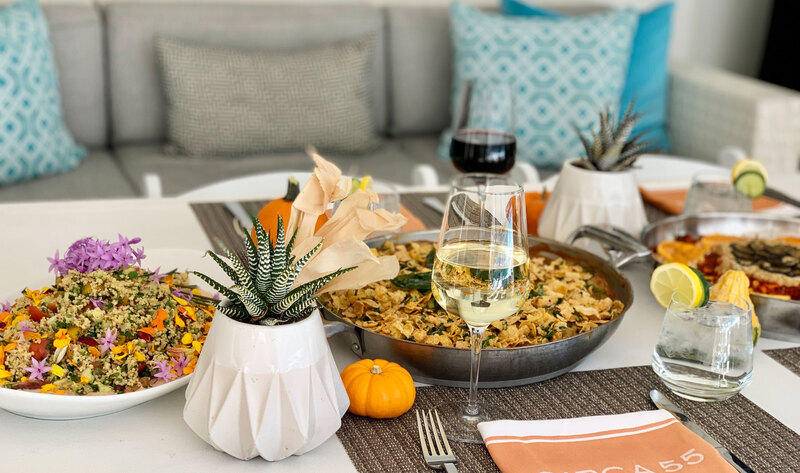 This year, the legendary The Beverly Hilton hotel will serve its first all-vegan Thanksgiving buffet on November 23 and November 24 at its signature restaurant Circa 55. The buffet menu, developed by the restaurant’s senior sous chef Colleen Blackburn, will feature Thanksgiving classics such as potato pot pie, stuffing, stuffed sweet potatoes, squash lasagna, and plant-based meatballs. “Southern California has the largest vegan population, yet we have the smallest concentration of vegan restaurants in Los Angeles. This is what sparked my interest to create a Vegan Holiday Brunch,” Blackburn told VegNews. “I believe each guest deserves a full dining experience, regardless of your dietary restrictions or choices, so if you’re vegan, expect to get a delicious, full and comforting vegan menu. What I love most about these vegan dishes is that they are all fresh, healthy and lower calorie alternatives yet packed with flavor. You won’t even miss the meat.” In an effort to be even more environmentally friendly, all food waste from the buffet will be delivered to a local composting station in Beverly Hills. This year, Whole Foods Market is also celebrating Thanksgiving vegan-style by offering The Herbivorous Butcher’s vegan turkey and chef Ayindé Howell’s Mac & Yease at 62 stores in the Southern Pacific region (Hawaii, Southern California, Arizona, and Las Vegas).

Seagrass Restoration in the UK to Fight Climate Change