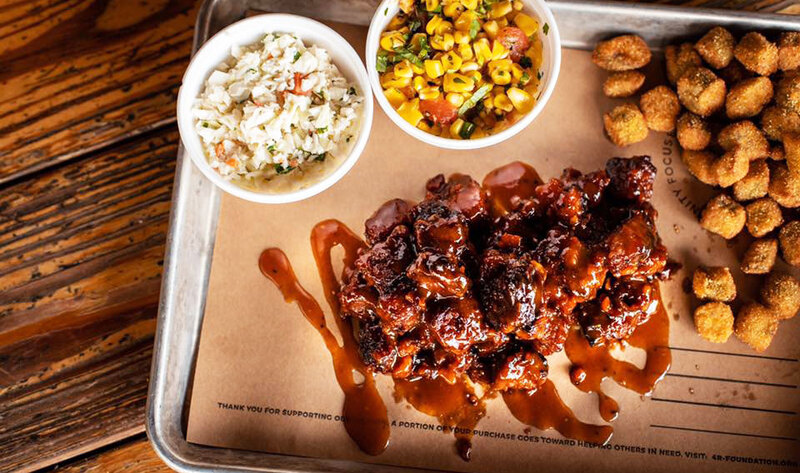 This week, Florida-based barbecue chain 4 Rivers Smokehouse announced the expansion of Beyond Burnt Ends to all of its locations in Florida and Georgia. The chain tested the new vegan meat option at six of its Central Florida locations in early November, where its performance exceeded expectations. The new menu item—which features Beyond Meat’s vegan beef that is double-smoked and slow-roasted in the same way that the restaurant prepares its animal-based barbecued meat—prompted the chain to remove honey from its barbecue sauce and offer a plant-based brioche bun in order to allow customers to order the option fully vegan. “The 4 Rivers culinary team spent months perfecting the Beyond Burnt Ends and we’re very proud that we’ve created a plant-based barbecue dish that has been so well received by our guests,” John Rivers, Founder and CEO of the chain’s parent company 4R Restaurant Group, said. “As a brand, we’re constantly evolving and listening to consumers and right now there is definitely a demand for plant-based barbecue.” Following the success of Beyond Burnt Ends—which can be ordered as a sandwich or as part of a barbecue platter—the chain plans to add an entire “Beyond BBQ” vegan menu in the near future.