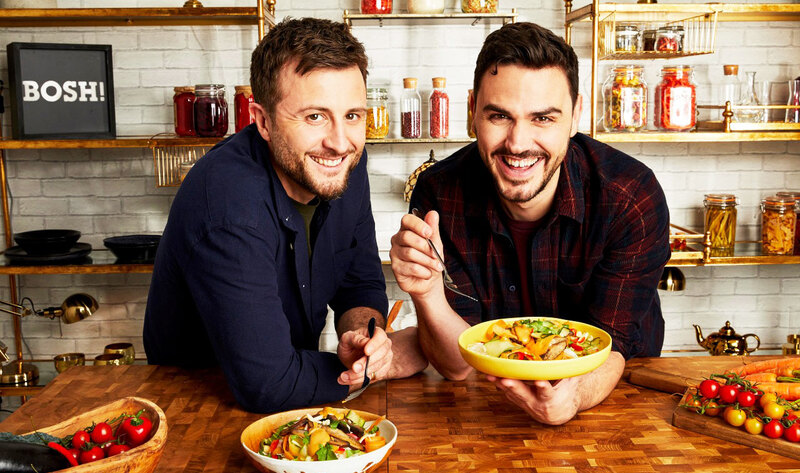 Vegan brand BOSH! is developing a 10-part vegan cooking show, in partnership with Rock Oyster Media, that will air on British television channel ITV in early 2020. The Living on the Veg series will air on Sunday mornings and explore creating classic dishes sans animal products. Henry Firth and Ian Theasby launched the brand as a Facebook video channel in 2016 and have since authored several books and gained widespread acclaim for their engaging recipes and videos. Michael Connock, Rock Oyster Media Executive Producer, explained that the development of the series comes at a time when interest in plant-based eating is booming. “Rock Oyster Media is delighted to be working with Ian and Henry, dishing up plate after plate of their unique blend of wholesome and delicious food,” Connock said. “With the subject of diet taking such a prominent place in the climate change debate, it seems timely and relevant to be producing a program about plant-based food.” Firth and Theasby took to Instagram to announce the forthcoming cooking show. “We’ll be cooking up your favourite BOSH! recipes in a whole brand new format, so that whatever the recipe you can wow any dish at home,” the duo posted alongside a video giving followers a peak at the television studio. “We started BOSH! to take vegan food mainstream and this is a massive moment, not just for us, but for vegan and veggie food.” The duo’s newest book, Healthy Vegan, is now available for pre-order.