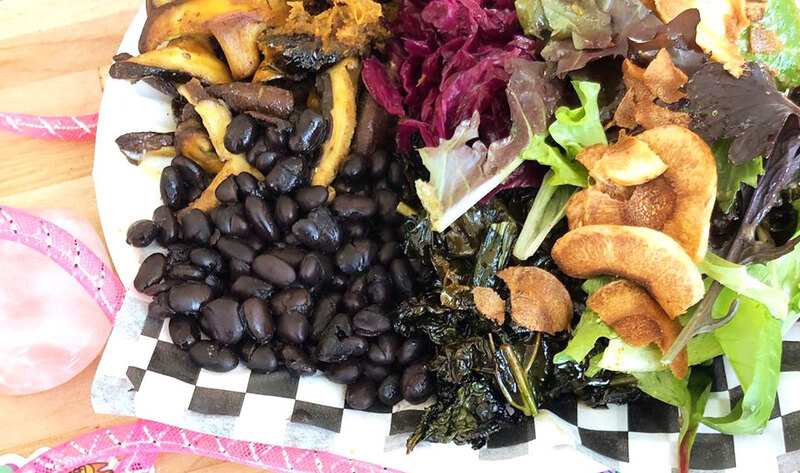 New vegan eatery Gay4U—designed as a safe space for the LGBTQ+ community—recently opened in Oakland, CA. Gay4U owner Sofi Espice, formerly known as Silvi Peligras, operates the pop-up at local eatery Garden House for dinner on Thursdays through Mondays and for brunch on weekends. The menu features dishes such as vegan shrimp tacos, quinoa and rice bowls, nachos, burgers, French toast, and chicken and waffles. Gay4U aims to give back to the community by offering free meals to trans people of color (POC) and donating leftover food to individuals living in encampments in downtown and West Oakland. “I identify as a trans person, I’m a person of color, [and I] want to be there for people who are like me,” Espice told media outlet KQED. “I’ve had plenty of help along the way but it’s not an easy endeavor to be me and to be who I want to be and do art and make food and be there for my community.” Espice previously operated popular comfort-food pop-up Hella Vegan Eats, which closed in February. Thanks to generous donations from a GoFundMe crowdfunding campaign—which has so far raised more than $5,000—Espice was able to continue renting their prep kitchen and relaunch at Garden House. Any additional donations will help them grow the business and ensure “people in [local] encampments and also people in the [trans-POC] community [are fed].”

15 Savory Pumpkin Recipes That Are Vegan!