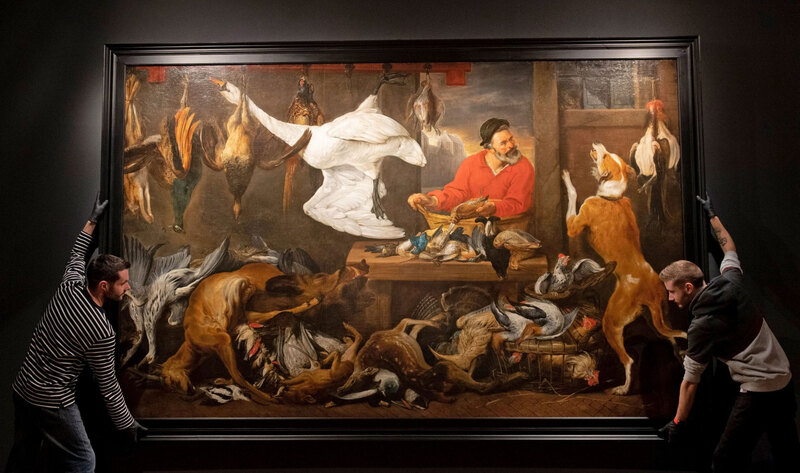 A disturbing painting depicting dead animals has been removed from a dining hall at the University of Cambridge in the United Kingdom. Students voiced that they were appalled by having to dine alongside 17th century oil painting “The Fowl Market” by Flemish painter Frans Snyders—which was donated to Cambridge by the Fitzwilliam Museum. “Some diners felt unable to eat because it was on the wall,” a spokesperson for the Fitzwilliam Museum told The Telegraph. “People who don’t eat meat found it slightly repulsive. They asked for it to come down.” The artwork will instead be displayed at an upcoming exhibit at the museum which focuses on food culture between the years of 1500 and 1800. “Many people are turning to vegetarianism and veganism as a political choice as much as a dietary one, as we rethink our relationship with animals and their treatment in an industrialized world,” exhibit curators Victoria Avery and Melissa Calaresu said about the removal of the painting. “Food choices are not only determined by political concerns about what we eat but also compounded by the moral anxieties which resonate around diet, self-image, over-consumption, and our bodies.” The University of Cambridge is also joining a growing list of schools that have pledged to remove beef from their menus due to mounting climate concerns.