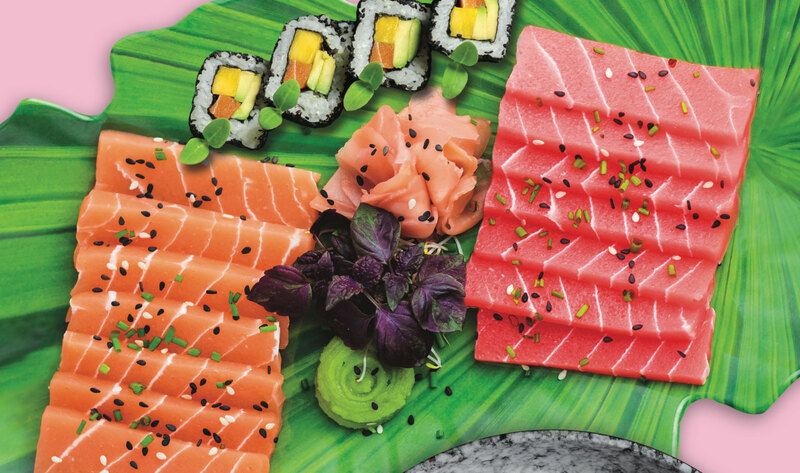 Dutch brand Vegan ZeaStar (formerly known as “Vegan SeaStar”) will soon launch its innovative vegan “No Tuna” (tuna alternative) and “Zalmon” (salmon alternative) in retailers and restaurants in the United Kingdom through distributor Asian foods JFC. First launched last year at retailer Jumbo Food Market in Groningen, the Netherlands, the products are made by Vegan Finest Foods BV (a collaboration between consulting firm Vegan XL and popular Netherlands-based restaurant chain Vegan Junk Food Bar). ZeaStar makes its vegan sashimi with a combination of Omega 3-rich oils (flaxseed and rapeseed), along with tapioca starch and glucose from seaweed to mimic the texture and flavor of fish. The vegan fish pieces are made to fit perfectly into a 20-cm (7.9-inch) sheet of nori to encourage sushi chefs to use them widely. “The demand for tasty 100-percent plant-based products is growing rapidly worldwide,” the company said in a statement. “Reasons are diverse: health, ecological footprint, climate change which is largely attributed to the meat, fish, and dairy industry and overfishing—scientific reports are stating increasingly alarming numbers on fish stocks, implying that if fishing continues as [it does] now, oceans will be empty by 2048. As a distributor of plant-based products, Vegan Finest Foods can tell from its own experience that a shift is taking place in consumer habits.”