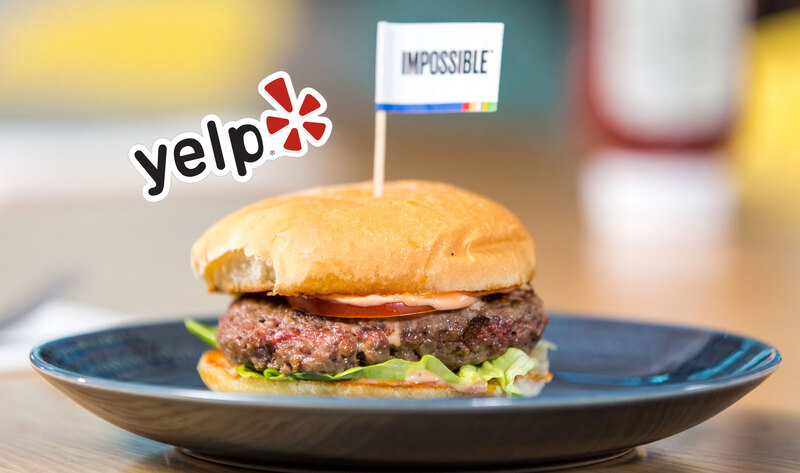 Mentions of plant-based burgers in Yelp reviews increased by 65 percent year-over-year since 2018, according to data shared with VegNews by Yelp. The platform—which draws data from its nearly 200 million reviews—saw a surge of mentions of plant-based burgers in cities such as Atlanta, GA (home of popular eatery Slutty Vegan); Pittsburg, PA; and Detroit, MI. When it came to particular plant-based brands, mentions of the Impossible Burger more than tripled in 2018 and Yelp predicts the trend will continue into future years. Earlier this year, Yelp launched a new version of its iOS app with lifestyle filters that allow users to personalize their experiences, including a “vegan” function that generates suggestions sans animal products. “We’re starting an open conversation with people to genuinely get to know their preferences, like adhering to a vegan or vegetarian diet, giving them the control to transform the Yelp app—turning it into a personal concierge for all things local, saving them time and energy,” a spokesperson for Yelp told VegNews. This fall, Yelp celebrated its 15th anniversary with the launch of data-driven microsite, Yelp15.com, which reveals that oat milk, CBD, the Impossible Burger, street corn, and açaí bowls are some of the biggest trends on its platform in 2019.