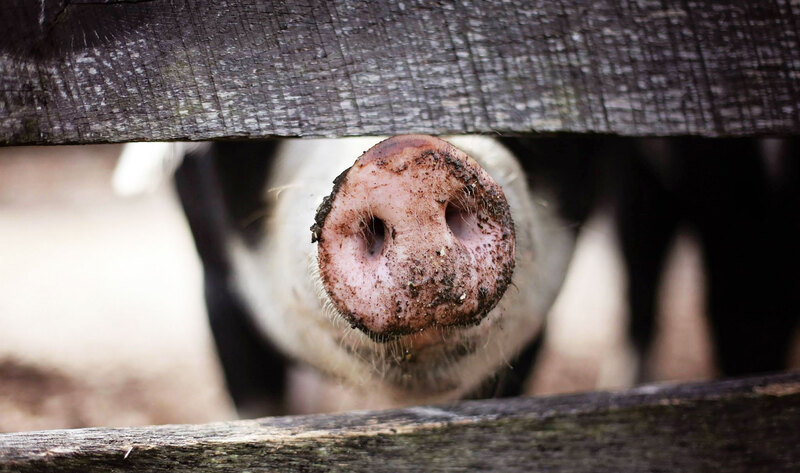 The Canadian province of Alberta recently passed new legislation that directly targets individuals who seek to expose cruelty at industrial animal farms. Bill 27 makes it an offense to be on a property if permission was obtained by false pretenses. The new law also increases the maximum fine for trespassing from $2,000 for a first offense to up to $200,000 and jail time. According to Canadian animal law organization Animal Justice, this provision will affect the ability of whistleblowers who record and expose animal cruelty on factory farms because failing to disclose on a job application that a worker is affiliated with an animal-rights organization could be considered a false pretense. The provision also affects journalistic investigations and organizations that go undercover to expose issues in places such as factories, nursing homes, and daycare centers. “Animals are locked up behind the closed doors of industrial farms in Canada without any government-imposed animal welfare standards, and virtually no public oversight,” Camille Labchuck, Canadian lawyer and executive director of Animal Justice, said. “Whistleblowing employees are often the only way the public has to monitor the conditions animals endure on modern farms. In 2019, citizens expect meaningful oversight for farmed animals. Alberta’s attempt to conceal horrific animal cruelty may well be unconstitutional, and similar laws passed at the behest of the farming industry have repeatedly been struck down in the United States. This bill is a dangerous precedent.” Earlier this week, Ontario Minister of Agriculture Ernie Hardenman introduced similar so called “ag-gag” legislation in the Ontario legislature that would make it an offense to obtain permission by “false pretenses” to be on farm property, and ensures unprecedented fines for individuals who are on farm property uninvited. Bill 156 also targets animal advocates who hold vigils outside slaughterhouses and bear witness to animals in transport.