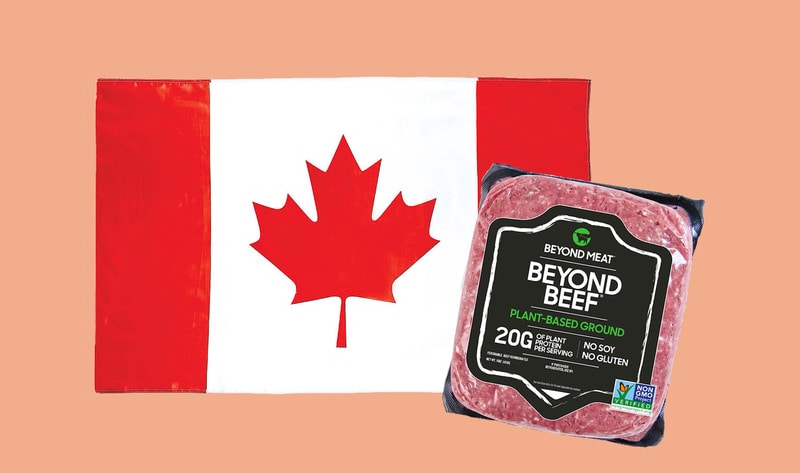 This week, California-based brand Beyond Meat launched its vegan Beyond Beef at retailers in Canada—the second country outside of the United States to carry its newest product. Made with cocoa butter to create a “marbling” effect found in traditional ground beef, vegan Beyond Beef began hitting US store shelves in June. The company first entered Canada by way of fast-food chain A&W last year, where it sold more than 90,000 Beyond Burgers within 72 hours of launching the vegan-friendly burger at its 925 locations. This summer, popular Canadian chain Tim Hortons also partnered with Beyond Meat to add various plant-based meat options to its menus. “Canada is a very progressive market and since launching in retail there earlier this year, we’ve seen a tremendous response from Canadians who are interested in our plant-based proteins,” Beyond Meat Founder and CEO Ethan Brown said. “We are excited to bring our latest product innovation to Canadians, welcoming a growing number of consumers to the delicious taste and nutritional and environmental benefits of our plant-based proteins.” In 2016, Beyond Meat launched its breakthrough Beyond Burger at one Whole Foods Market in Boulder, CO and has since expanded its distribution to more than 58,000 retailers and foodservice providers in 50 countries. Last week, Beyond Meat entered the club retail sector with its partnership with Costco, which now sells eight-patty packs of its Beyond Burger for $14.99 at many locations nationwide.

Petition: Shut Down Herta Facilities Where Pigs Were So Abused They Resorted to Cannibalism