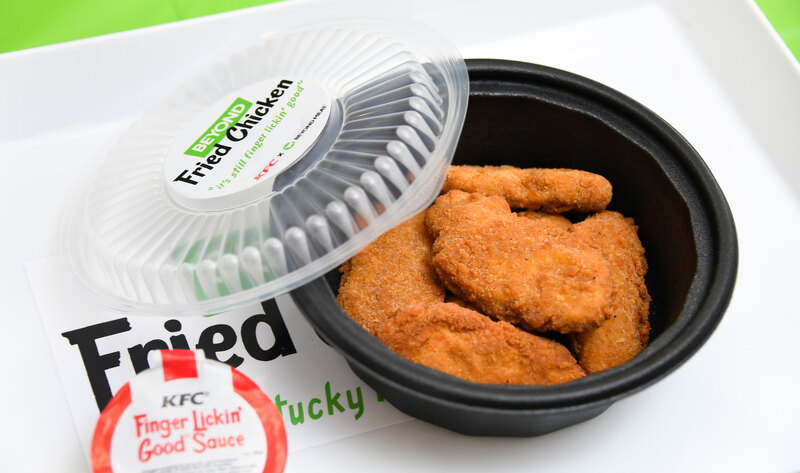 California-based vegan brand Beyond Meat might soon debut new vegan chicken products, including whole-tissue vegan chicken breasts. Speaking with Bloomberg about being featured on the media outlet’s top 50 list of innovators in 2019, Beyond Meat CEO Ethan Brown explained that the company is working on new products in the coming year. “You’ll see some exciting things from us in the poultry space in 2020,” Brown said. “I can’t name specific partners or developments.” In August, Beyond Meat partnered with Kentucky Fried Chicken (KFC) to test its vegan Beyond Fried Chicken at one Atlanta KFC location. The test run drew massive crowds of people and KFC sold out of the vegan chicken in approximately five hours with customers buying the vegan equivalent of the amount of animal-based popcorn chicken KFC sells in one week.