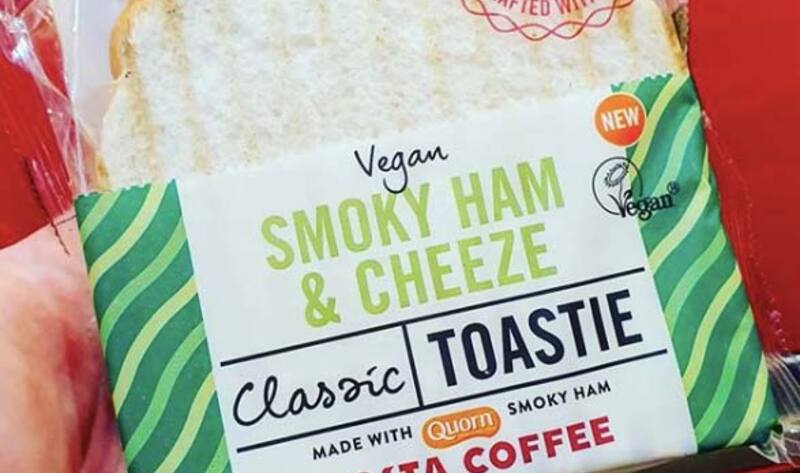 Today, Costa Coffee—the largest coffee chain in the United Kingdom—will add a vegan Smoky Ham & Cheeze Toastie (sandwich) to its menu at its more than 2,400 locations across the UK. The new menu item is made with Quorn Smoky Ham slices and is available for £2.95 ($3.91) each. The toastie is part of a larger vegan menu launch that includes breakfast paninis filled with sausages, beans, mushrooms, and cheese; strawberry croissants; bean chili and rice; and vegetable soups, according to outlet Vegan Food UK. In January 2018, Costa Coffee began its foray into vegan options with the addition of coconut milk (featured in the vegan-as-is Coconut & Vanilla latte) and Paradise Slice (a baked good made with raspberries, pistachios, and coconut cream topped with dark chocolate). In November, Costa Coffee launched an extensive Christmas menu that includes a Veggies Under Vest sandwich, a variety of festive beverages, and several dessert options such as gluten-free mince tart, rocky road bar studded with vegan marshmallows, and a fruit-based Christmas cake slice.

Starbucks to Launch Oat Milk at All US Stores