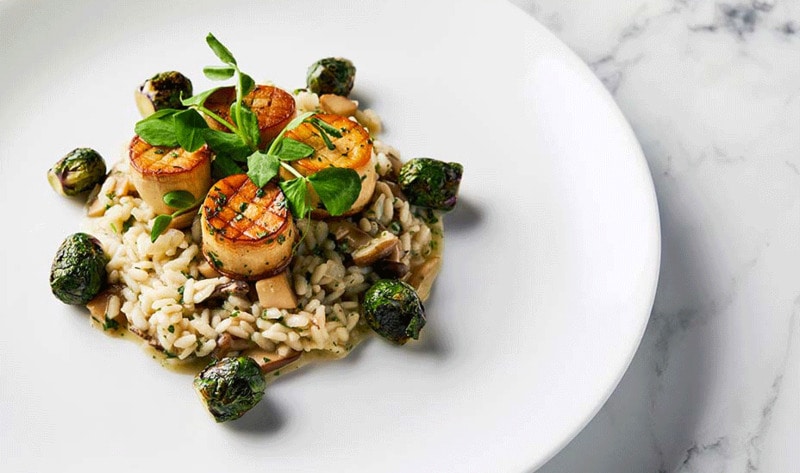 The Golden Globes will be serving a fully vegan menu during its 2020 ceremony on January 5—becoming the first award show of its kind to do so. The Hollywood Foreign Press Association (HFPA)—the nonprofit behind the Golden Globes—made a last-minute change to the existing menu which previously included fish in an effort to set an example for other award shows and increase its sustainability efforts. The new menu, prepared by Beverly Hilton executive chef Matthew Morgan, will feature chilled golden beet soup, mushroom-based vegan scallops with risotto, and opera cake for dessert. “The climate crisis is surrounding us and we were thinking about the new year and the new decade. So we started talking between us about what we can do to send a signal,” HFPA President Lorenzo Soria said. “We don’t think we’ll change the world with one meal, but we decided to take small steps to bring awareness. The food we eat, the way it is processed and grown and disposed of, all of that contributes to the climate crisis.” The Golden Globes also eliminated plastic bottles and partnered with Icelandic Glacial to serve water in glass bottles.