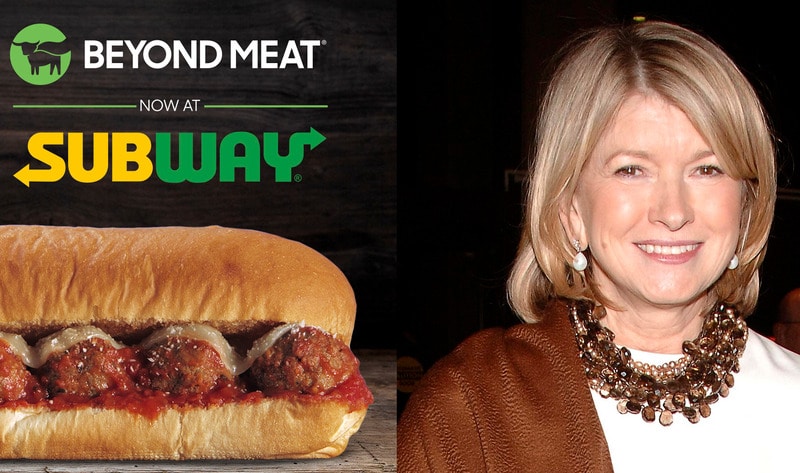 This week, Subway expanded the meatless Beyond Meatball Marinara Sub sandwich to thousands of participating locations across Canada. The chain partnered with celebrity DIY expert Martha Stewart to promote the expansion who appeared in a satirical commercial wherein she “grew” the plant-based meatballs on trees in marinara soil.

“Subway had me at ‘an exciting new plant-based protein choice,’ because that’s perfect for my lifestyle,” Stewart said. “The new Beyond Meatball subs really are delicious—and you could say I’m an expert when it comes to good taste.” The new option is made with Beyond Meat’s vegan meatballs and served with marinara sauce and dairy-based cheese (which can be omitted for a fully vegan sandwich). Customers can also create any sandwich using the vegan meatballs, a combination of vegetables, and ordering either Italian or 9-Grain Wheat bread. “Martha is the perfect partner to announce the nationwide launch of the Beyond Meatball Marinara Sub in Canada,” Cristina Wells, Subway Canada Senior Marketing Director, said. “Martha’s green thumb and culinary prowess made her a natural fit to speak to the unbelievable cultivation and care that goes into creating the Beyond Meatball.” In September, Subway began testing the Beyond Meatball Marinara Sub at 685 locations in the United States and Canada but has yet to expand the meatless sandwich nationwide in the US.