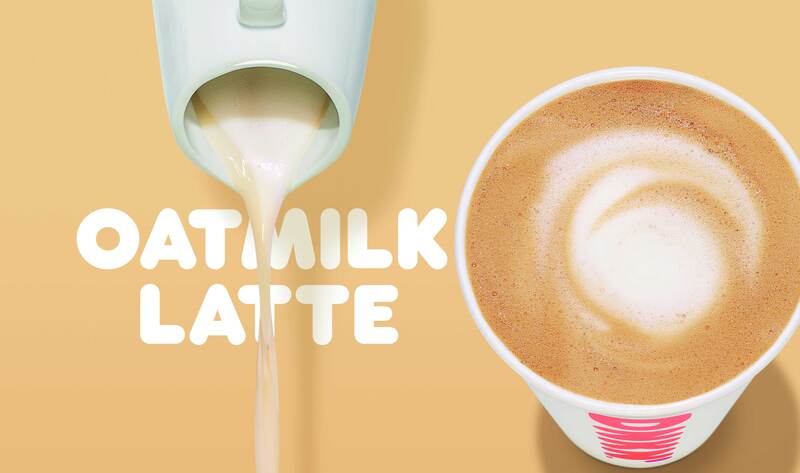 This spring, fast-food chain Dunkin’ will add the Oatmilk Latte (available iced or hot and vegan with no modifications) to its menu nationwide. Customers will also be able to order oat milk as an addition to any beverage at Dunkin’, which also offers almond milk. “In 2014, we introduced almondmilk at Dunkin’ to give guests seeking dairy alternatives a new way to customize their favorite Dunkin’ beverages,” a spokesperson for Dunkin’ told VegNews. “We are excited to soon add oatmilk to menus nationwide to give our guests another deliciously creamy alternative to milk or cream.” In January, Dunkin’ is previewing oat milk at California locations, where guests can get a free sample throughout the month from 8am to 10am at participating locations. Earlier this week, Starbucks announced that it will offer Oatly oat milk at more than 1,300 Midwest locations as an option for any beverage or as part of its new Oatmilk Honey Latte (which can be ordered vegan by omitting honey and the topping). Dunkin’ has recently made some bold strides into the plant-based space with its partnership with vegan brand Beyond Meat. After a successful trial run of the Beyond Sausage Sandwich (ordered vegan by omitting cheese and egg) at its New York City locations in July, the chain expanded the meatless breakfast sandwich to its more than 9,000 locations nationwide in November.

How to Forage, Cook, and Eat the Medicinal and Delicious Lion’s Mane Mushroom!