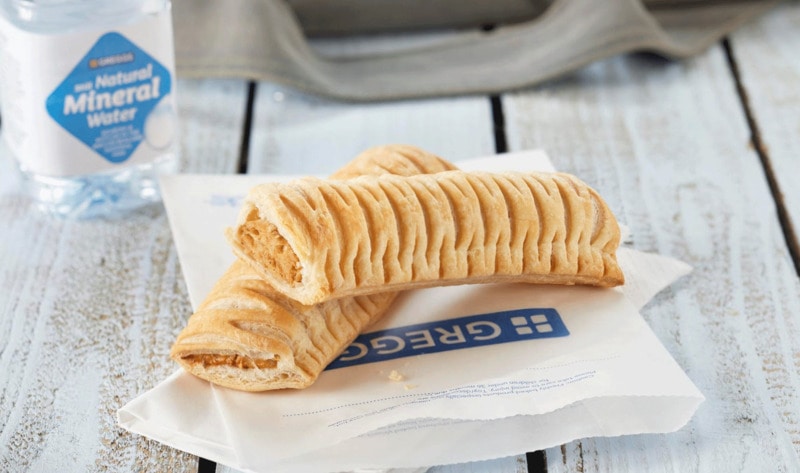 This month, employees of United Kingdom-based convenience store chain Greggs will receive a hefty bonus thanks to the profits the chain has generated from sales of its popular vegan sausage rolls. Greggs will distribute £7 million ($9.1 million) to its 25,000 employees, each receiving a one-time payment of up to £300 ($392). Last year, Greggs launched the Quorn-based vegan sausage roll at its more than 2,000 locations across the UK, generating unprecedented popularity. In July, the chain reported a 58-percent increase in profits due in large part to the success of its vegan sausage roll. “The major investments we have made in recent years to make Greggs an attractive choice in the food-on-the-go market are delivering,” Greggs CEO Roger Whiteside said. “Consumers are responding very positively and we have seen increasing visits from both new and existing customers.” This month, Greggs expanded its vegan options to include steak bakes and glazed doughnuts. Whiteside plans to capitalize on the success of Greggs vegan options with future additions and teased this week that vegan chicken might be next.

A Conservative Vegan Political Group Just Formed in the UK