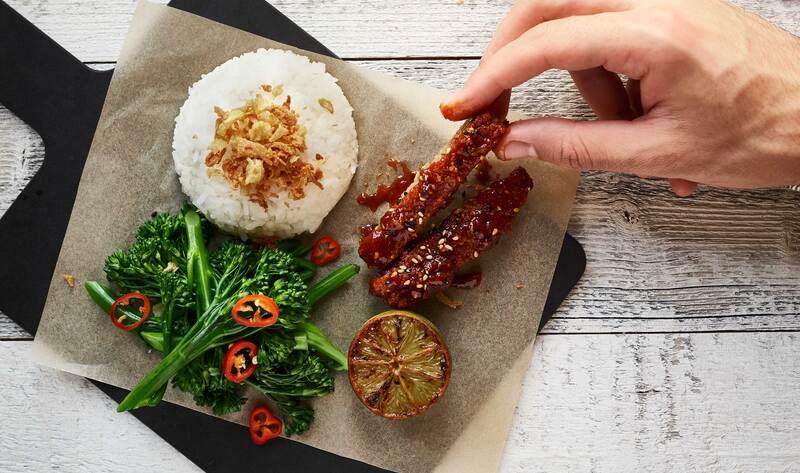 From January 15 to March 31, fast-casual chain Wagamama will add Vegan BBQ Ribs to its United States menus in New York City and Boston. The dish is an adaptation of a seitan-based ribs recipe created by United Kingdom-based vegan chef and cookbook author Gaz Oakley, whose dishes Wagamama frequently features on its UK menus. For US locations, Wagamama added its own spin to Oakley’s recipe—a YouTube video of which currently has more than one million views—glazing the ribs with hoisin and sticky vegan sauces, and serving the dish with rice, caramelized lime, and broccoli topped with chili. “It’s such an honor to work with Wagamama US again on a new dish,” Oakley said. “After a few days in the kitchen, we came up with a dish so show-stopping, it’s definitely a first of its kind in the vegan market. I can’t wait for people to taste it. Vegan, or not, you’ll be blown away.” In addition to the ribs, Wagamama US offers more than 29 meatless options and customizes many without animal products upon request.

Dogs Can Tell If You’re a Bad Person