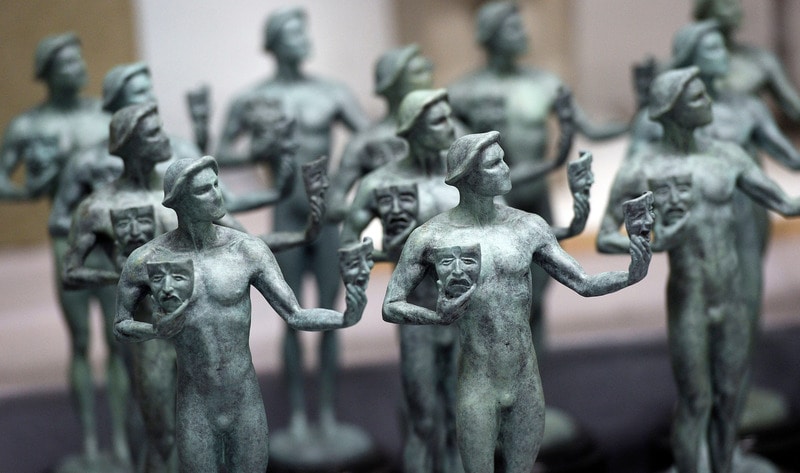 This Sunday, the 26th annual Screen Actors Guild (SAG) Awards will serve a fully plant-based menu to its celebrity attendees. “As part of the show’s long-standing commitment to sustainable practices, the 26th Annual Screen Actors Guild Awards will feature a plant-based menu at its ceremony on Sunday, January 19th,” SAG said in a statement. Guests at this year’s awards ceremony will be served romano bean salad, paella rice salad, and harissa-glazed baby carrots, along with three selections of vegan-friendly alcoholic beverages. On January 5, the Golden Globes became the first awards ceremony of its kind to serve a fully plant-based menu and the Critics’ Choice Awards followed suit, serving a plant-based menu during its 25th annual ceremony on January 12. Vegan actor Joaquin Phoenix—who is believed to be behind the push toward a plant-based menu at awards ceremonies—won awards at both shows for his role as Arthur Fleck in Joker and praised the organizations for making a connection between climate change and animal agriculture. Phoenix is nominated for a SAG award in the Outstanding Performance by a Male Actor in a Leading Role category. The vegan actor is also nominated for an Oscar at this year’s Academy Awards, which has yet to announce whether it will also serve a plant-based menu during its 92nd annual ceremony on February 9.