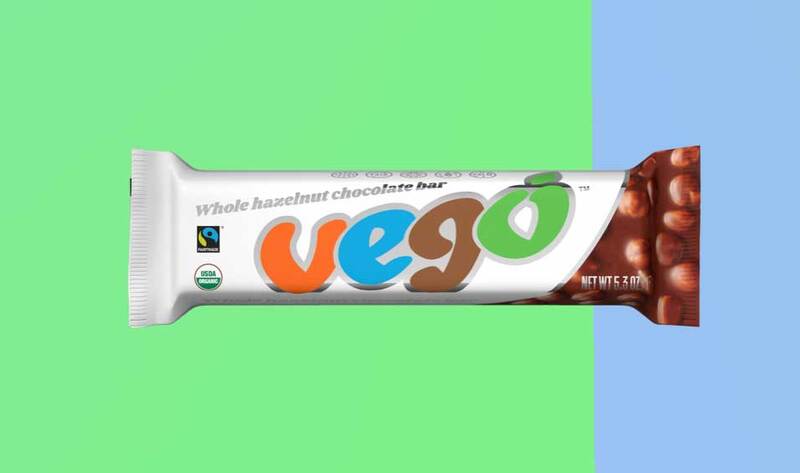 Europe’s beloved vegan chocolate bar VEGO has officially launched in the United States. Frederick Export is the exclusive importer of VEGO and recently brought the sought-after treat to select vegan, natural, and specialty-food retailers across the country. Later this month, VEGO will also be available on Amazon (through Frederick Export as the only reputable seller). The bars are available in large 5.3-ounce bars and smaller 2.3-ounce bars. Jan-Niklas Schmidt, founder of VEGO, developed the chocolate bar at his fast-food restaurant Vego Foodworld in Berlin, Germany. The organic, fair-trade VEGO bar is made with Italian hazelnut paste, whole hazelnuts, and cocoa butter blended together to create a creamy vegan milk chocolate bar. “What other chocolate bar has people lugging entire suitcases full back from Europe? There is really no substitute and the demand and taste prove it,” Jaime Joseph, Frederick Export director of US sales, told VegNews. “VEGO is not only the best chocolate bar in the world, but it’s also the world’s only truly vegan ‘milk’ chocolate bar.” Frederick Export plans to further expand distribution into larger natural, independent, and chain grocers. Within the coming year, the importer expects VEGO to be in most major supermarkets nationwide.

15 No-Bake Vegan Desserts that Are Perfect for Summer Evenings!