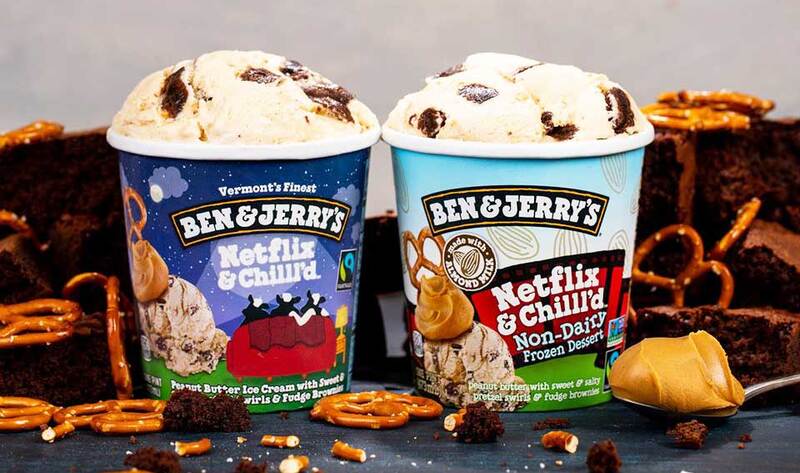 This week, Ben & Jerry’s released its newest flavor Netflix & Chilll’d, with a vegan option made from almond milk. The new flavor is made in partnership with Netflix and features a peanut butter ice cream base with sweet and salty pretzel swirls and fudge brownies. “We are flipping our lids over our newest Netflix pints,” Ben & Jerry’s said in a statement. “We’ve teamed up with Netflix to churn up something extra special. And just like with Netflix, there’s something in this pint for everyone.” In 2016, Ben & Jerry’s debuted its first four vegan flavors (PB & Cookies, Coffee Caramel Fudge, Chocolate Fudge Brownie, and Chunky Monkey) and has expanded the line every year since to a total of 12 almond milk-based pints. Last year, Ben & Jerry’s expanded its vegan offerings outside of ice cream by launching snackable Vegan Chocolate Chip Cookie Dough Chunks—which are the same chunks that are used in Ben & Jerry’s vegan flavor Chocolate Chip Cookie Dough.