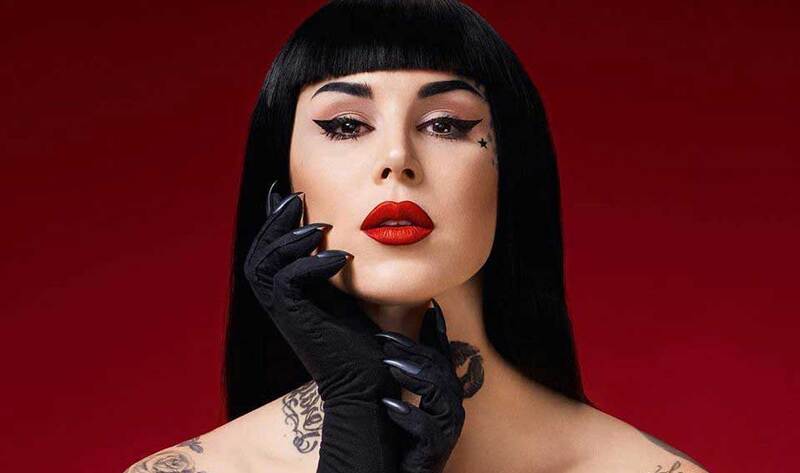 This week, vegan entrepreneur Kat Von D announced that she has sold her brand Kat Von D Beauty to longtime partner brand KENDO, which will rebrand the company as KVD Vegan Beauty. “This past year has been one of great change for me,” Von D said. “As many of you know, I gave birth to my beautiful baby boy, launched my vegan shoe line, and am now busy prepping to release my long-awaited album in the spring, followed by an international tour. As much as I wish I could balance all of this, on top of continuing my makeup line, it has become clear to me that I just can’t do everything at the maximum capacity.” Von D started the company in 2018 with four lipsticks and has since expanded the brand to include a variety of vegan makeup products, all of which KENDO will continue to develop without Von D at the helm. “This was not an easy decision, but after careful consideration, I decided I wanted the makeup line to continue to thrive and grow, and KENDO is primed to do just that,” Von D said. In 2019, Von D launched her vegan shoe line, Von D Shoes, on World Vegan Day (November 1) with 32 styles of ethically made high heels, platforms, boots, slip-ons, creepers, and more.

15 Recipes Made With Foraged Foods!