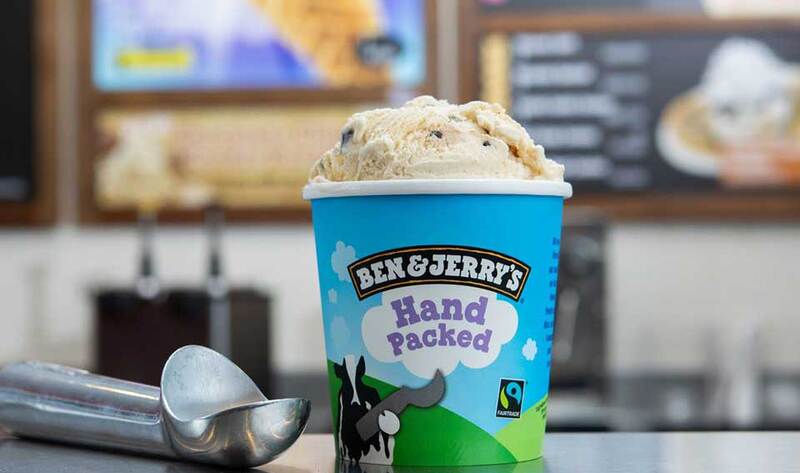 Vermont-based ice cream company Ben & Jerry’s will no longer use the marketing claim that its milk comes from “happy cows.” In 2018, advocacy group Organic Consumers Association (OCA) filed a lawsuit against the ice cream company for misrepresenting that it sourced its dairy from “humane” suppliers through its “Caring Dairy” program after discovering that some of Ben & Jerry’s ingredients are sourced from factory farms with a portion testing positive for biocide glyphosate. In October 2019, a similar class action lawsuit was filed by James Ehlers in Vermont. This month, Ben & Jerry’s filed a motion to dismiss the OCA lawsuit—which was denied by the District of Columbia Superior Court—in which the ice cream company revealed that it would remove its “happy cow” claims from packaging and advertising. “The removal of misleading ‘happy cow’ claims is a victory for consumers and an indication that Ben & Jerry’s can’t back up those claims,” OCA International Director Ronnie Cummins said. “But this is just one small step toward more honest representation of the Ben & Jerry’s brand. OCA will continue, through our own ongoing litigation against Ben & Jerry’s and its parent company, Unilever, to push for Ben & Jerry’s either to live up to its remaining marketing claims, or to remove all claims that have no basis in fact.” In 2016, Ben & Jerry’s debuted its first four vegan ice cream flavors and has since expanded the line to include 12 almond milk-based pints, including its newest flavor Dairy-Free Netflix & Chilll’d—a line that does not source ingredients from cows of any disposition, “happy” or otherwise.

Florida: You Can Now Get Two-Weeks’ Worth of Frozen Vegan Caribbean Dinners Delivered