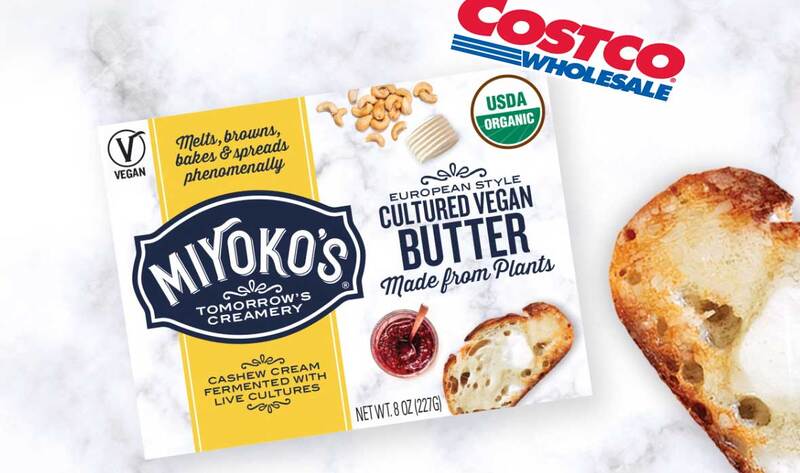 On January 25, vegan brand Miyoko’s Creamery will debut its European Style Cultured Vegan Butter in bulk at 16 Costco locations in Northern California. The bulk package will come with two 8-ounce boxes of the butter. If successful, it could potentially expand to other Costco locations across the United States. “It’s great that Costco sees the value of offering products like ours that will help create a more compassionate food system,” Miyoko’s founder Miyoko Schinner told VegNews. “Of course, we are thrilled to be able to offer our incredible Cultured Vegan Butter to their members.” This Spring, the brand is also launching a variety of new products, including cultured vegan oat-based butter in sea salt and garlic parm flavors and allergen-friendly, meltable cheeses in blocks, shreds, and slices. In addition to new products, Miyoko’s is expanding internationally, which includes bringing its cultured vegan butter to 1,000 grocery stores in Canada and 400 Woolworth’s stores in Australia.