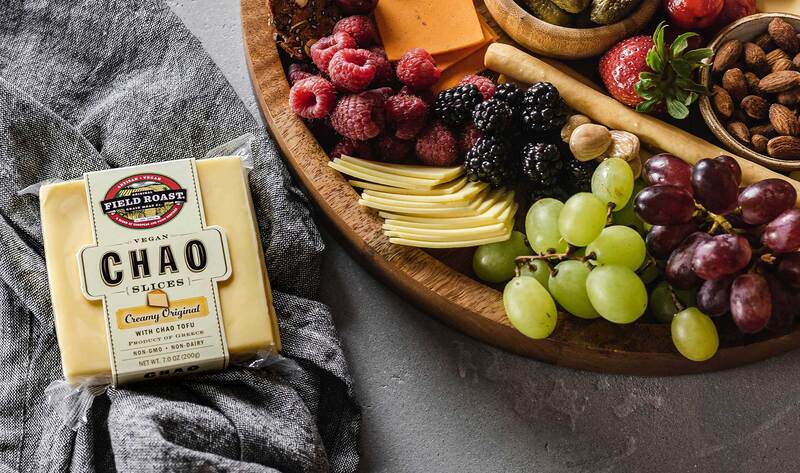 This month, vegan brand Field Roast Grain Meat Co. will launch its Chao Creamery cheese in the Creamy Original flavor at more than 150 Costco locations in the Midwest, Southwest, Texas, and Ontario, Canada regions. The vegan cheese is made with a coconut base that is seasoned with fermented tofu and will be available in a pack of three, 7-ounce containers (which retails for $10.89 in Chicago, prices may vary by location). In addition to Costco, Chao Creamery recently doubled its distributions at Target, Safeway, and Albertsons, and will debut at Sprouts stores in February—increasing its distribution to approximately 1,500 retail outlets. In 2017, Canadian meat brand Maple Leaf Foods acquired both Field Roast and Lightlife for $120 million and $140 million, respectively, and created Chicago-based Greenleaf Foods in 2018 as a subsidiary company that independently operates its growing plant-based business. “For over 20 years, Field Roast has led the plant-based foods space in great-tasting, high-quality options,” Greenleaf Foods President Dan Curtin said. “We’re excited to continue our commitment at even more retail locations, inspiring new and existing customers throughout North America.”

LUSH Donates up to $300,000 to Fight for Animal, Human, and Environmental Rights on Giving Tuesday

Charge Woman Who Beat Dog With Boxing Gloves and End Factory Farming: 10 Petitions You Should Sign This Week to Help Animals