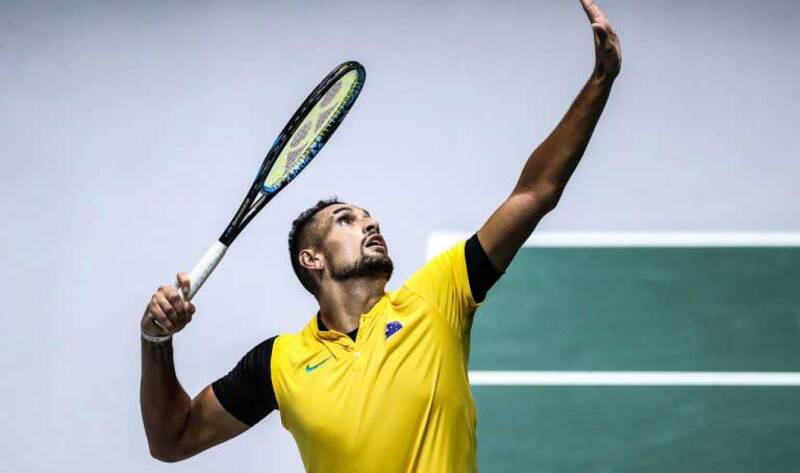 Australian professional tennis player Nick Kyrgios was inspired by the Australian bushfires to finally stop consuming animal products. The 24-year-old athlete initially reacted to the devastating fires—which have now killed an estimated one billion animals—by tweeting that he would donate $200 for every ace he hit to support local relief efforts. Since, tennis players Novak Djokovic, Maria Sharapova, Ash Barty, and other athletes and organizations from Australia and beyond joined Kyrgios’ effort to help Australia recover from the fires. In a recent post on Kyrgios’ Athlete Voice blog, the Canberra resident shared that images of thirsty koalas and other animals suffering from the fires moved him to make a permanent lifestyle change. “I’ve been passionate about animal welfare for some time now. I don’t eat meat or dairy anymore. That’s not for my health, I just don’t believe in eating animals,” Kyrgios wrote. The tennis player previously attempted a plant-based diet but found it difficult to maintain due to his traveling schedule. After the fires, Kyrgios has recommitted to leaving animals off his plate. “Seeing the footage of these animals suffering with the fires only reinforces why I’ve chosen this diet,” Kyrgios wrote. “When I see these terrible photos, I can’t comprehend eating meat.” Kyrgios recently launched a campaign to raise funds for the Wildlife Information, Rescue and Education Service (WIRES), the largest wildlife rescue organization in Australia.

Carl’s Jr. and Hardee’s Add Beyond Meat Items to their All-Day Menus!