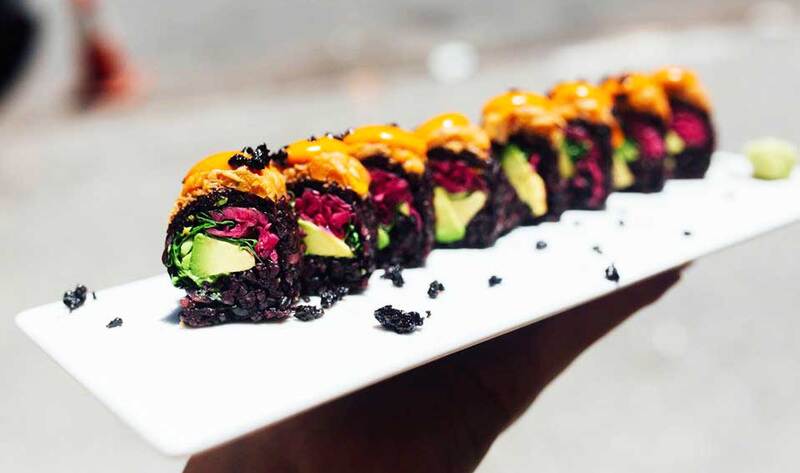 Vegan chain Beyond Sushi will open its seventh location on the Upper East Side of New York City in mid-February. Chef Guy Vaknin and his wife Tali Vaknin launched the flagship location of Beyond Sushi in 2012 in NYC’s Union Square neighborhood and have since expanded the chain across Manhattan. The new 1,000-square-foot space will offer seating for 50 people and is the chain’s first location to have a full liquor license to complement its vegan cuisine. Its menu features a half-dozen signature sushi rolls, including Spicy Mang, Mighty Mushroom and Pickle Me, along with a variety of rice paper wraps and dumplings. Additionally, Beyond Sushi offers dishes such as truffle risotto, stuffed artichoke hearts, Spanakopita, and an artisan cheese board with locally-sourced cashew cheeses. Its cocktail menu will feature drinks such as a Peppercorn Martini, Blood Orange Margarita, and a Bubbly Pina Colada, along with hard liquor, wine, beer, and sake.

Squirrels in London are Using Plastic Waste to Build Nests

Jane Goodall Says “The Window of Time is Closing” for Immediate Climate Action!