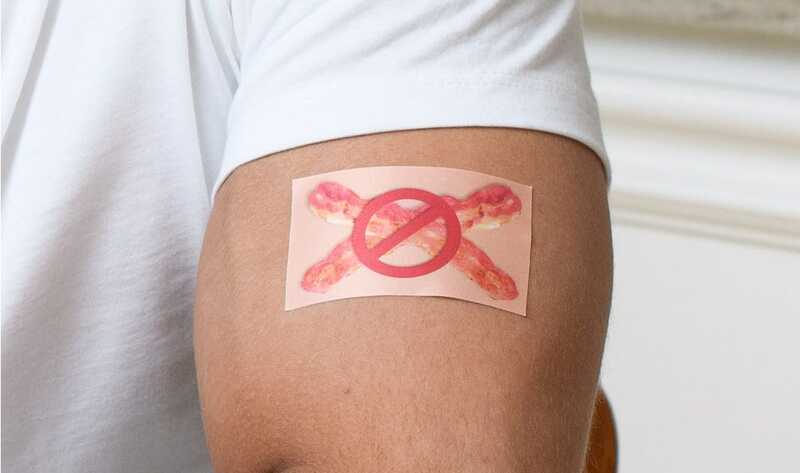 Oxford University scientists have developed a bacon-scented patch to help people control (supposed) meat cravings when they go vegan. Similar in size to a nicotine patch, the meat patch includes scratch-and-sniff technology to help reduce meat cravings while eating and keep users of the patch from actually eating animals. Users attach the patch to their arm and rub it to release a bacon aroma. Charles Spence, a professor of experimental psychology at England’s University of Oxford, teamed up with vegan frozen food brand Strong Roots to create the meat patch. “Our sense of smell is strongly connected to our ability to taste; therefore, experiencing food-related cues, such as smelling a bacon aroma, can lead us to imagine the act of eating that food,” Spence told Yahoo News. The meat patch is being tested in the Reading, Liverpool, and Leeds areas of England before being made more widely available elsewhere.