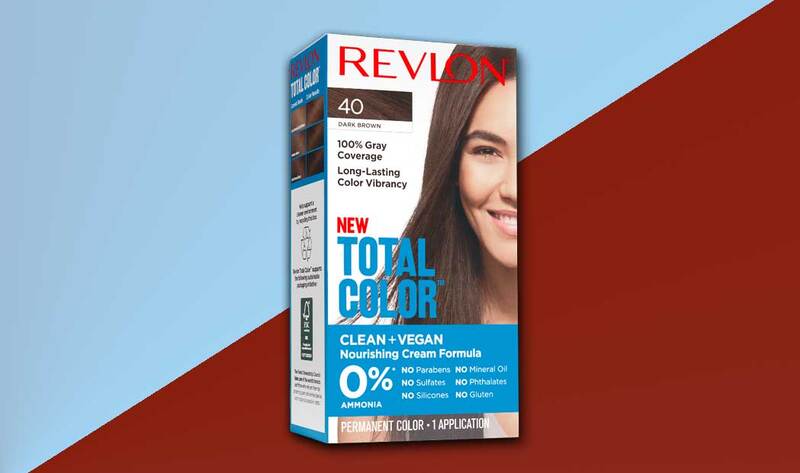 Multinational beauty company Revlon recently launched its first permanent at-home hair color that displays a prominent “vegan and clean” label. Revlon Total Color ($7.99) is available in 16 shades, promises to provide up to six weeks of color vibrancy, and does not contain animal-derived ingredients. However, according to animal-rights organization People for the Ethical Treatment of Animals (PETA), while Revlon claims its Revlon-labeled products are not currently sold in China—where tests on animals are required by law—the company continues to sell products under other brands such as Elizabeth Arden there. “After PETA uncovered that Revlon, a formerly cruelty-free company, had quietly started paying the Chinese government to test its products on animals in order to sell them in China, they were added to our list of companies that test on animals,” Amanda Nordstrom, company liaison for PETA’s Beauty Without Bunnies Program, told VegNews. “PETA has repeatedly urged the company to adopt a company-wide ban on tests on animals anywhere in the world, but Revlon has refused to do so.” A statement about animal testing on Revlon’s website claims that the company does not conduct animal testing but it “complies with the requirements” of the markets it sells to that conduct independent animal tests. “Revlon’s claim that some of their products are vegan may be true if they are free from any animal ingredients, but supporting only companies that refuse to allow any tests on animals for their products is an extremely important aspect of a vegan lifestyle,” Nordstrom said. “It appears the company is trying to appeal to consumers who are concerned about the exploitation of animals but refusing to ban tests on animals means that it falls short.”