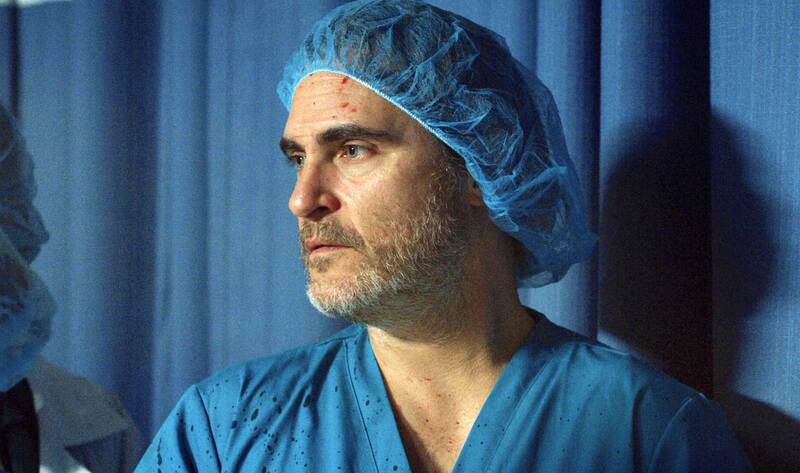 This week, short film Guardians of Life—which stars several celebrities, including vegan actor Joaquin Phoenix—debuted to launch Mobilize Earth, a joint campaign between environmental groups Extinction Rebellion and Amazon Watch. The film was directed by Shaun Monson, who created documentary Earthlings, a 2005 vegan documentary narrated by Phoenix. The short film features Phoenix playing a medical professional in an emergency operating room, alongside nurses and doctors played by actors Rosario Dawson, Matthew Modine, Oona Chaplin, Adria Arjona Torres, Q’orianka Kilcher, and singer Albert Hammond Jr. of The Strokes. The medical team works to save a wildfire burn victim, whose pulse eventually fades. As the group begins to leave, Kilcher—a Peruvian-American actress and climate activist—steps in to revive the patient by pumping on her chest. As the camera turns to what first looks like a burned human body, viewers learn that the patient is in fact the Earth and the burns are aerial images of climate-change fueled wildfires in the Amazon and Australia, transforming Kilcher’s action into a metaphor for the need for persistent climate action. The film’s rolling credits end with the statement “please be kind to the Earth, the animals, and each other.”

GUARDIANS OF LIFE from NATIONEARTH on Vimeo.

“It’s really a call to action,” Phoenix said about Guardians of Life. “I did it to raise awareness about the meat and dairy industry’s effect on climate change. The fact is we are clear cutting and burning rainforests and seeing the negative effects of those actions worldwide. People don’t realize there’s still time, but only if we act now and make sweeping changes to our consumption.”

For his part, Phoenix has been raising awareness about animal suffering with his acceptance speeches for best actor awards at the Golden Globes, Critics’ Choice Awards, Screen Actors Guild (SAG) Awards, and British Academy of Film and Television Arts (BAFTA). After his SAG win, Phoenix attended a vigil for pigs as they headed to a slaughterhouse near Los Angeles. Last weekend, prior to receiving his BAFTA award, Phoenix joined animal-rights group Animal Equality in London to unveil a 390-square-foot banner from the Tower Bridge that read: “Factory farming destroys our planet. Go vegan.” Phoenix is credited for pushing for all of the aforementioned award ceremonies to implement plant-based menus and is nominated for best actor at the 2020 Oscars for his starring role in Joker during the 92nd Annual Academy Awards on February 9.

A Canadian Company Wants to Keep You Warm This Winter With Corn-Stuffed, Down-Free Parkas

How to Store Your Winter Squash for Winter Consumption