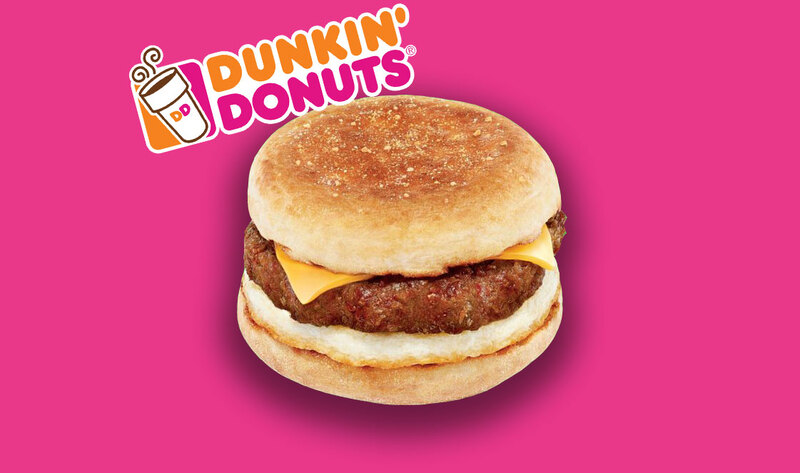 Fast-food chain Dunkin’ recently reported that its sales had spiked by 2.8 percent year-over-year, marking its strongest fourth fiscal quarter (Q4) earnings in six years. Dunkin’ attributed the spike in sales and profits—which increased in Q4 by 8.4 percent year-over-year to $57.7 million—to customers making larger purchases per visit, driven by premium-priced espresso drinks, cold beverages, and the new Beyond Sausage Sandwich. In July, the chain first tested the sandwich—made on a vegan English muffin and features Beyond Meat’s plant-based sausage patty served with an egg and dairy-based cheese, which can both be omitted for a fully vegan sandwich—at select Manhattan, NY locations before expanding the meatless option to its more than 9,000 locations on November 6. According to data analytics platform Placer.ai, Dunkin’s foot traffic increased in November to 2.3 percent above the baseline for that period from 2017 to 2019. “We’re talking about more things down the road,” Hoffmann told CNBC’s Closing Bell about its partnership with Beyond Meat. “We’re happy with our first venture in this, and I think the consumers are responding. I think we’ve tapped into somebody health-aware on a budget, and so we’re getting new consumers. I like what we’re seeing out of this.”

Cauliflower Pizza Tops Grubhub’s 2019 List of Most Ordered Foods, along with Major Spike in Many Plant-Based Foods!