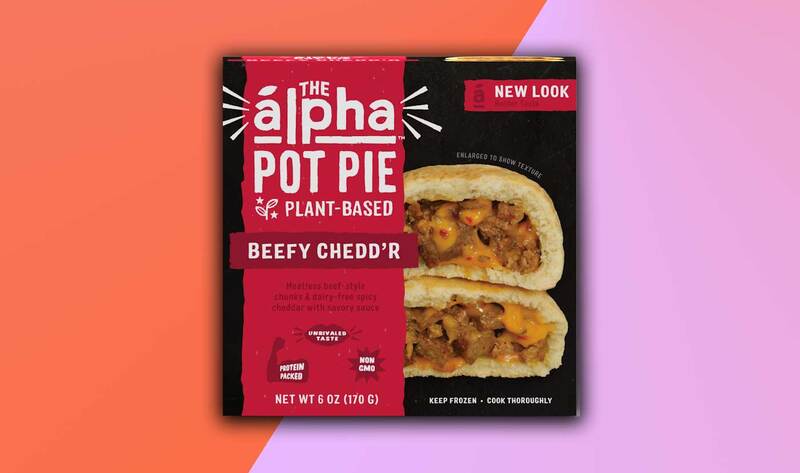 Today, California-based vegan brand Alpha Foods announced that it has raised $28 million in a funding round led by investment firm AccelFoods, building on a $7 million investment round it closed in March 2019. Founded by Cole Orobetz and Lauren Wallis in 2015, the brand debuted its line of frozen burritos and pot pies in 2018 at Walmart nationwide, and launched other vegan products at retailers such as Kroger, Publix, and Wegmans. Now, Alpha Foods offers 25 vegan products, including pizzas, nuggets, tamales, burgers, and crumbles—at more than 9,000 stores nationwide. “As more and more people actively seek out plant-based options, whether for their health or the environment, we are looking to expand our innovations within the category and bring easy to prepare products to a wider audience,” Orobetz said. Alpha Foods will use the funding to expand its team, product lines, and distribution nationally and internationally.