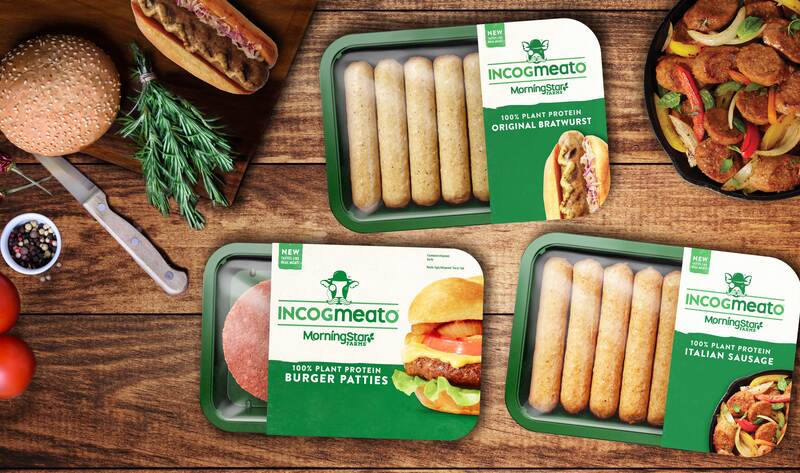 In June, vegetarian brand MorningStar Farms—a subsidiary of the Kellogg Company—will debut vegan pork products as an of extension its newly announced Incogmeato line. The new soy-based products will be available in two flavors: Original Bratwurst and Italian Sausage. In September, the brand announced the vegan Incogmeato line with three products: plant-based burger patties, chik’n nuggets, and chik’n tenders. Starting in March, the burgers will launch in the refrigerated meat case of grocery stores, including Kroger, Meijer, Weis, and select Albertsons and Safeway locations, with a nationwide rollout to foodservice providers to follow. “Our great-tasting, read-to-cook Incogmeato lineup offers the most meat-like experience yet,” Sara Young, General Manager of Plant-Based Proteins at Kellogg Company, said. “Our Burger Patties, Original Bratwurst, and Italian Sausage are the first of many new plant-based foods coming this year from Incogmeato so that people who are looking to sneak more plants on their plate can do so deliciously.” MorningStar Farms has yet to announce the release date of the chicken products (which will be sold frozen). Last year, MorningStar Farms revealed it would transition its entire product portfolio to be vegan by 2021, a move that spares 300 million egg whites annually.

Record Number of Environmental Activists killed in 2019, According to New Report