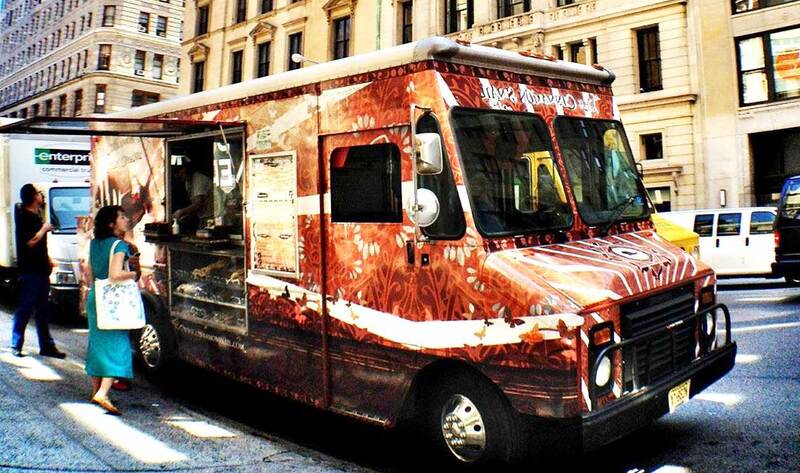 After a decade in operation, vegan business The Cinnamon Snail will close both its food truck and brick-and-mortar location at The Pennsy (a food hall above Penn Station) in New York City on March 31. Founded on Valentine’s Day in 2010 by chef Adam Sobel, the truck served an array of inventive doughnuts (such as the Chocolate Peanut Butter Fluff, Hulk Hogan Fudgie Wudgie, and Vanilla-Bourbon Crème Brûlée) and creative dishes (such as Blue Corn Pancakes topped with toasted pine nut butter and maple syrup; Lemongrass 5 Spice Seitan sandwich slathered in Szechuan chili sauce; and the over-the-top Gochujang Burger Deluxe). In 2012, The Cinnamon Snail won a coveted People’s Choice Vendy Award, beating out non-vegan competitors. While New Yorkers (and New Jerseyans) lined up for hours to sample the truck’s award-winning fare, Sobel continued struggling with strict permitting guidelines in NYC, forcing him to cease operations of the truck in NYC for four years until last summer when he secured a seasonal permit. In 2016, The Cinnamon Snail also began to operate in NYC in its first brick-and-mortar incarnation at The Pennsy. Sobel recently received notice that The Pennsy would be closing at the end of March and decided that it was time to close The Cinnamon Snail for good.

“I have learned so many lessons over the past years running the food truck. I’ve also learned many hard lessons, putting out all kinds of fires, dealing with every possible obstacle that can come my way,” Sobel told VegNews. “Deciding to close the business at this time is definitely bittersweet. This has been an amazing ride, and I achieved so much more than I ever hoped with it, and hopefully helped prevent a lot of avoidable harm to animals.” Sobel explains that the business is the only source of livelihood for his family of four and that he is seeking to open a smaller, more stable, vegan business either in NYC or New Jersey. Sobel is also considering selling The Cinnamon Snail brand—which includes the truck, his recipes, and production kitchen—to an experienced restaurateur either as a whole or in parts.

“I have a lot of ideas for what’s next. The good thing is that I have total freedom with a new venture, which gives me the flexibility to be able to create a new concept specific for whatever location or opportunity comes my way,” Sobel said. “No matter what, I want the next thing to be a greater challenge to my creativity and skill. I recognize now how little I’m inspired by acclaim and internet popularity, and I just want to do something that people will love and that will help them to avoid eating animals.”

To celebrate its decade-long run in a sweet way, The Cinnamon Snail will be serving heart-shaped doughnuts on Valentine’s Day (February 14) and will give away one doughnut with every order while supplies last.