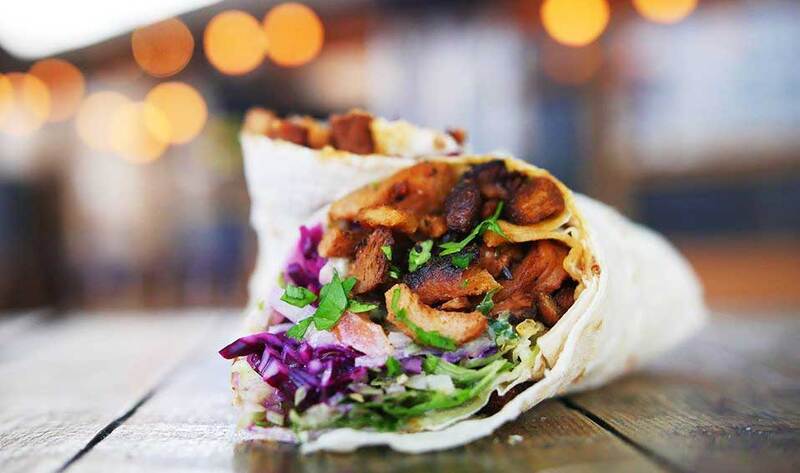 Vegan kebab shop What The Pitta was named a finalist for the Best London Takeaway award in the 8th annual British Kebab Awards. The finalists were nominated by thousands of people in the United Kingdom and 150 finalists were chosen based on the number of public votes they received. What The Pitta founders Cem Kaymaz-Yildiz and Roj Gul first started selling their vegan kebabs at pop-ups before opening their first brick-and-mortar at the Box Park in Shoreditch in 2017. Now, What The Pitta has expanded to four locations with a fifth in the works. “We want to create something really good for everybody and hope being nominated for the Kebab Awards shows you can still have a really good tasting kebab that just happens to not contain any meat and is good for the planet, too,” Kaymaz-Yildiz told Hackney Gazette. “When we first started, there were a lot of food markets and vegan nights in the area. We were in Box Park which is all about inspiring new innovative dishes and now there’s three or four different vegan traders there.” After a final round determined by an esteemed panel of judges, 15 winners of the British Kebab Awards will be announced at a ceremony in March, which is expected to be attended by 1,200 guests including Labour Party leader Jeremy Corbyn and London Mayor Sadiq Khan.

Brooklyn Borough President, Mercy for Animals Give Out 2,000 Vegan Meals to Most Vulnerable New Yorkers Amid COVID-19