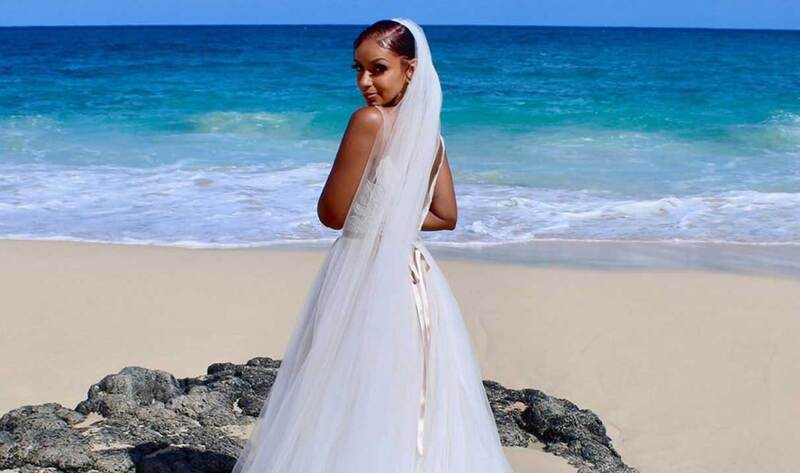 Vegan singer Mýa took many media outlets on a loop this week when she began implying that she secretly married a mystery partner on Seychelles Island in East Africa in December. The singer posted a photo this morning to Instagram of herself clad in a wedding dress on a beach, captioned, “Thank you for all of the beautiful messages and happy V-day,” signing off as “Officially, Mrs. Lansky.”

Thank you for all of the beautiful messages & happy V-day. 🙏🏾💙 ~ Officially, Mrs. Lansky Wedding day link in bio.

Mýa has been quiet about her romantic life for years and the post came as a surprise to many. As speculation about who the singer wed began to grow, Mýa unveiled her new single “The Truth.” In the music video, the singer is seen in the same white wedding dress marrying herself (clad in a black wedding dress) on the beach while belting lyrics about self-love.

Mýa has been a longtime vegan and animal-rights activist, appearing in many campaigns that push for cruelty-free fashion, headlining vegan festivals, and helping to raise money for animal-rights organizations. In 2018, Mýa launched Planet 9 Fine Wine, a line of upscale vegan wines that shares a name with her record label. While Mýa seems to be happily married to herself for now, the question still stands: Who is this Lansky person?