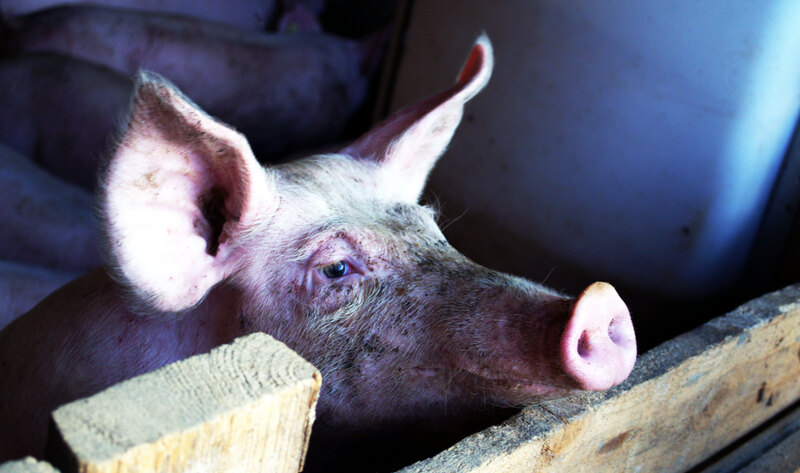 A coalition of animal-rights groups recently filed a lawsuit against the United States Department of Agriculture (USDA) and Secretary of Agriculture Sonny Perdue for failing to protect pigs who are too sick or injured to walk to slaughterhouses, posing serious risks to animals and food safety. The lawsuit was filed in federal court in Rochester, NY on behalf of Farm Sanctuary, Animal Legal Defense Fund, Animal Outlook, Animal Welfare Institute, Compassion in World Farming, Farm Forward, and Mercy For Animals. It challenges the USDA’s failure to follow Congress’ longstanding mandates regarding “downed” and “non-ambulatory” animals, as well as its recent denial of a petition to ban the slaughter of these sick or injured animals. According to the plaintiffs, more than half a million sick or injured pigs arrive at US slaughterhouses each year. Downed pigs are at a heightened risk of carrying a host of human-transmissible pathogens and risk inhumane handling, including being excessively electro-shocked and dragged by workers attempting to force them to move. In 2002, Congress amended the Humane Methods of Slaughter Act to direct the Secretary of Agriculture to investigate and report to Congress on issues related to non-ambulatory animals, including humane handling, and to create any regulations needed to protect these animals. Despite its passage nearly two decades ago, there is no indication that the USDA has ever reported on this issue. “The federal government continues to treat pigs as industrial commodities to be produced as cheaply as possible, without regard for animal welfare or consumer safety,” Irene Au-Young, a student in the Animal Law Litigation Clinic who is representing the plaintiffs, said. “The law doesn’t allow this total disregard, and this lawsuit will hold the government accountable for forcing sick and injured animals to the killing floor and onto the dinner plates of unsuspecting consumers.”

Experts Urge Everyone to Get Flu Vaccine to Prevent “Twindemic”