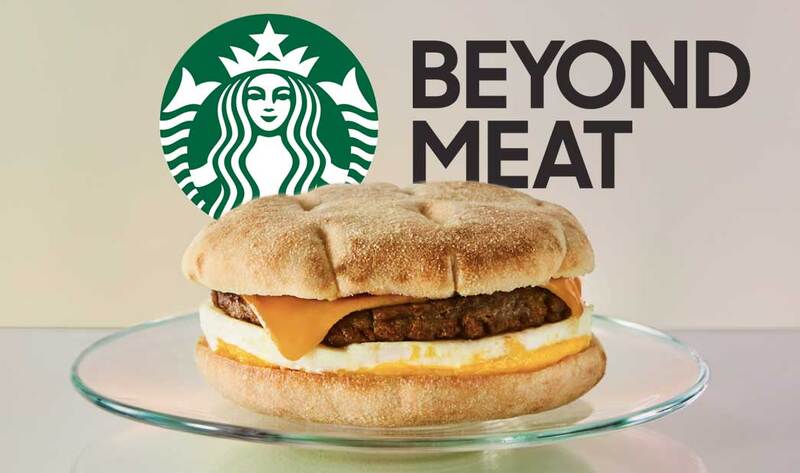 Starting March 3, international coffee chain Starbucks will add the Beyond Meat, Cheddar, and Egg Sandwich to its menu at more than 1,400 locations across Canada—marking the first time the chain has featured plant-based meat on its menu. The new option is made with Beyond Meat’s plant-based breakfast sausage, along with dairy-based cheese and chicken eggs. “We’re thrilled that Starbucks is introducing the Beyond Meat breakfast sandwich as a core menu item at all stores across Canada,” Beyond Meat CEO and Founder Ethan Brown told Yahoo Finance. “We believe the offering delivers on our promise of enabling consumers to Eat What You Love while also enjoying the nutritional and environmental benefits of plant-based protein. We greatly appreciate Starbucks’ collaboration and shared vision around the launch.” During an earnings call in January, Starbucks Chief Operating Officer Rosalind Brewer confirmed that the chain would launch a breakfast sandwich made with a plant-based patty in both Canada and the United States this year—details of the US launch have not yet been released. In addition to plant-based meat, Starbucks’ CEO Kevin Johnson aims to shift focus toward plant-based milk in its effort to slash its carbon footprint (21 percent of which is driven by dairy products.)