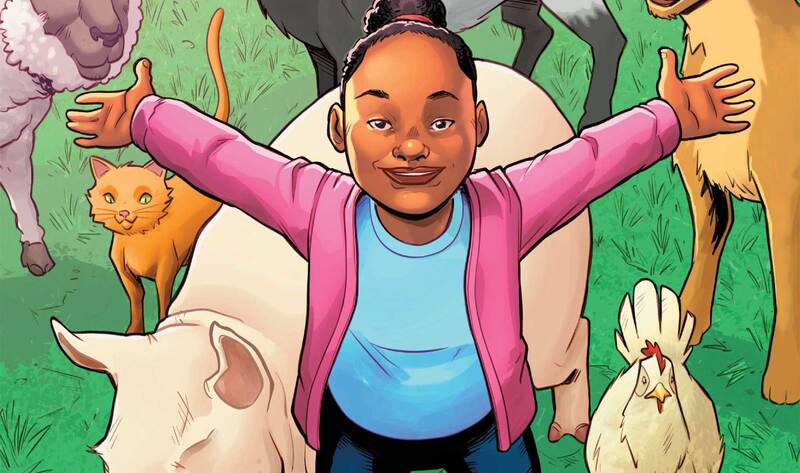 Thirteen-year-old vegan activist Genesis Butler recently became a Marvel superhero in an episode of the Disney+ series Marvel Hero Project. The show features young, real-life heroes who make a difference in their communities. Butler was featured because of her work teaching others about animals and inspiring them to go vegan. In addition to running her own nonprofit organization, Genesis for Animals, she also advocates access to plant-based meals in hospitals, nursing homes, and prisons; putting a stop to animal testing; and banning the dissection of animals in classrooms. Butler was chosen as one of 20 participating kids, and she was given a personalized vegan leather jacket and the first copy of a comic starring herself as the superhero. Marvel also donated $10,000 in Butler’s name to animal welfare organization International Fund for Animal Welfare. “I think it is really cool to be a superhero,” Butler told VegNews. “My favorite part is that other kids will see me speaking up for the animals and be encouraged to do the same and be a hero for the animals, too.”