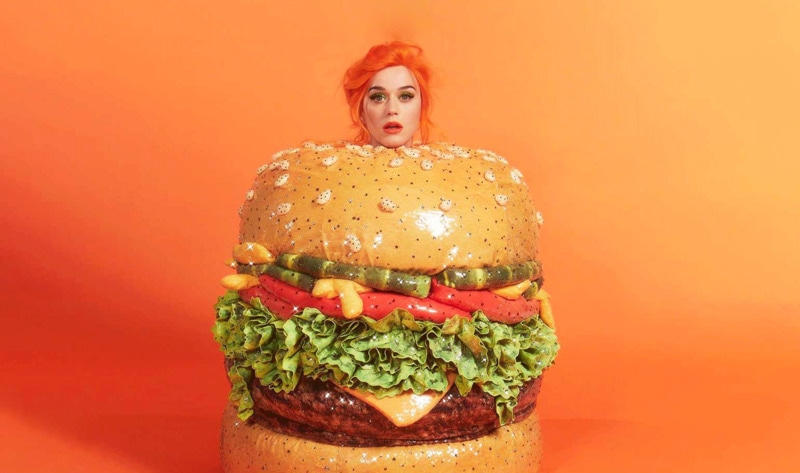 This week, singer Katy Perry revealed that she is pregnant during the video for her newly released single “Never Worn White.” The 35-year-old singer took to Instagram to talk to her fans about the pregnancy, Perry’s first child with fiancé Orlando Bloom. While chewing dried mango and professing her love for hot sauce, Perry explained that she steers away from meat and instead satisfies her pregnancy cravings with plant-based burgers. “Actually a food that grosses me out now is beef,” Perry said. “Not really into red meat, but thank God for Impossible Burger because that basically tastes like red meat and when I do want it, I do that.” During her Instagram Live session, Perry also revealed that she will be giving birth to both her baby and her anticipated album this summer. “There’s a lot that’s going to be happening this summer,” Perry said. “Not only will I be giving birth, literally, but also, figuratively, to something you guys have been waiting for. So, let’s just call it a double whammy. It’s a two-for.” Last year, Perry was part of a group of celebrity investors—which also included Serena Williams, Jay-Z, Trevor Noah, Ruby Rose, Jaden Smith, and will.i.am—who helped Impossible Foods raise $300 million in a Series E funding round.

About $1 Million Worth of Shark Fins Seized in Florida