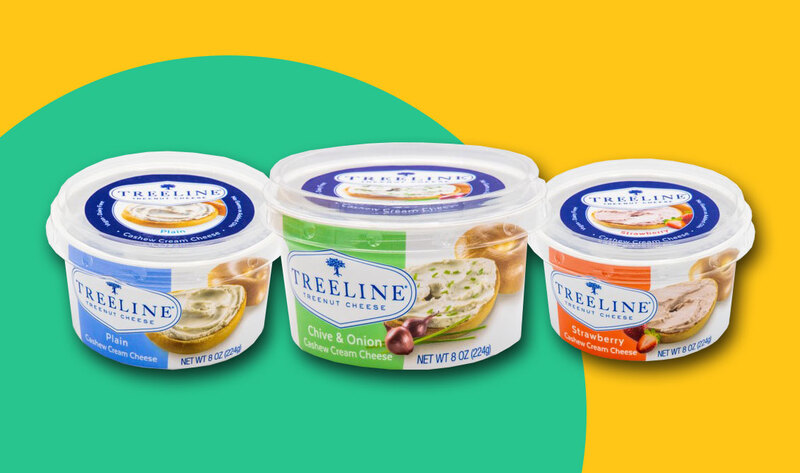 This summer, New York-based vegan brand Treeline Treenut Cheese will launch a new line of cashew-based cream cheese at retailers nationwide. The line will be available in three flavors (Plain, Chive & Onion, and Strawberry) and complement its existing line of vegan soft French-style cheeses in flavors such Cracked Salt & Pepper, Chipotle-Serrano, and Scallion. “Our new vegan cream cheeses are so good that even the most ardent dairy cream cheese lover will find them hard to resist,” Treeline Founder Michael Schwarz told VegNews. “With their release, we see plant-based cheese crossing into the mainstream and replacing dairy cream cheese on many a bagel and in many recipes. This is due to their great flavor and texture, as well as the health benefits from not containing any animal products or high saturated fat coconut oil.” Vegan cheese brands are expanding their presence on store shelves, including Miyoko’s Creamery which will launch Farmhouse Cheddar and Pepper Jack shreds and slices (made from allergen-friendly legumes, potatoes, and oats) at Whole Foods Markets nationwide in April.