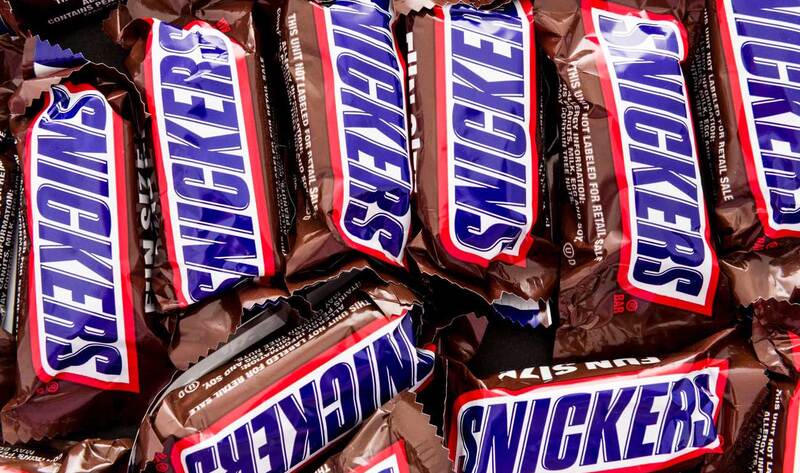 Candy bar brand Snickers recently ended its sponsorship of Sea World. After talks with animal-rights organization People for the Ethical Treatment of Animals (PETA), Snickers made the decision to end the long-time partnership with the troubled aquatic park. “Snickers made a sweet decision by cutting ties with an amusement park that keeps marine mammals in tiny concrete cells, where they go crazy, deprived of everything that’s natural and important to them,” PETA Executive Vice President Tracy Reiman said. “No decent person or reputable company should support SeaWorld’s animal exploitation, and PETA is calling for the animals’ release to seaside sanctuaries.” SeaWorld’s attendance, stocks, and profits have been in decline since 2013 when documentary Blackfish exposed the abuse marine animals are subjected to at the troubled water park. A veterinary report released this year shows that animals held captive at SeaWorld suffer severe stress, disease, and injuries which leads to early deaths. In October, travel platform TripAdvisor ceased its ticket sales to SeaWorld and PETA is calling upon the American Automobile Association (AAA) to do the same. In Canada—where exploiting cetaceans for entertainment became illegal in 2019—The Whale Sanctuary Project is in the process of building a whale sanctuary off the coast of Nova Scotia with the hope of rescuing whales from the entertainment industry by 2021.

Petition: Demand Justice for Neglected Horse Chained to a Motor Vehicle for 7 Years