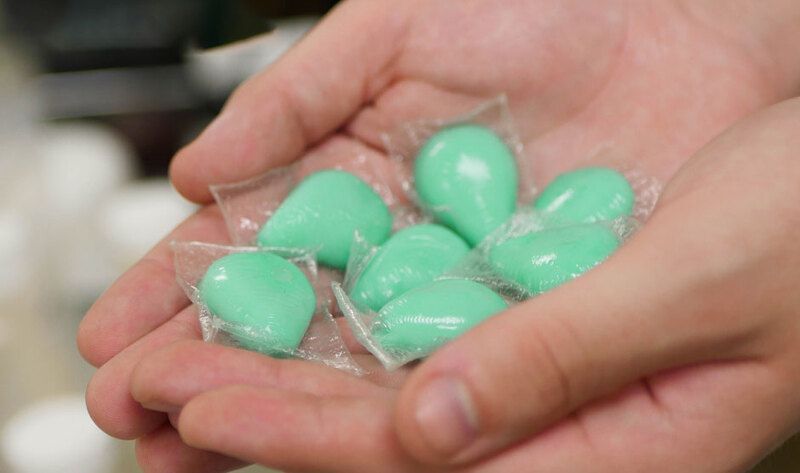 Vegan beauty company Nohbo recently secured $3 million to fund its mission of reducing global plastic waste. The company makes personal care products such as shampoo, conditioner, shaving cream, and body wash and encapsulates them in a water-soluble membrane (called Nohbo Drops) that replaces the plastic bottles those products are typically sold in. “There is a disturbing global addiction and dependence on single use plastics. For personal care products alone, the US market consumes nearly 1,200 football stadiums worth of shampoo bottle waste annually,” Nohbo founder and CEO Ben Stern said. “The mantra of reducing, reusing and recycling simply isn’t enough anymore. Nohbo replaces the need for plastics outright in a novel format that we are all familiar with: pods.”

The company is currently in several business-to-business partnerships and is looking to launch its product lines directly to the consumers. Nohbo is also working with hotel distributors in the European Union to help reduce plastic use in the hospitality industry. The company will use the new funding to scale its production to 15 million units per month.

In 2016, Stern—who developed the concept for Nohbo in his ninth grade biology class in Melbourne, FL—appeared on investment reality series Shark Tank to pitch his revolutionary idea. On the show, then 16-year-old Stern received an investment from Mark Cuban, who will continue to support the brand as a board member. “Ben is global now, and that’s just the beginning,” Cuban said. “Now that the product is ready for primetime, we are going to add consumer subscriptions. This literally could be a $100 million dollar enterprise over the next five to six years built around sustainability. There is nothing better than doing well by doing good.”