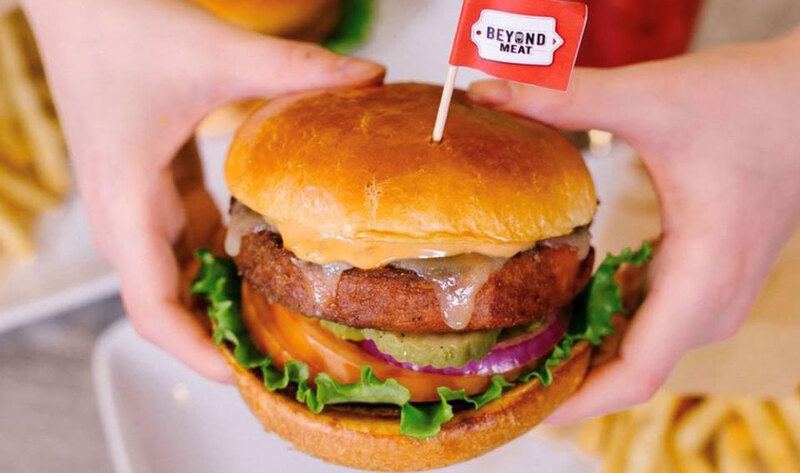 This week, California-based vegan brand Beyond Meat launched its Feed A Million+ campaign to send more than a million vegan Beyond Burgers in the next 30 days to those in need during the COVID-19 pandemic. “We are dedicated to making sure those who need it most right now have access to a good, nourishing meal at no cost. Our community of employees, ambassadors, and friends are coming together to help us donate and distribute over one million Beyond Burgers to food banks, frontline workers, and organizations in need,” the brand announced on social media. “Our goal has always been to use food as a vehicle for change, and we’re fortunate to be in a position to put that into action now like never before.”

As part of the campaign, Beyond Meat ambassador and NBA star Kyrie Irving donated 200,000 vegan burgers to Food Bank for New York City last week. Yesterday, comedian Kevin Hart—who recently transitioned to a plant-based diet—announced that he partnered with the vegan brand to send Beyond Burgers to hospital workers at Northridge Hospital Medical Center in Southern California. Beyond Meat is also asking fans to nominate causes that matter to them. In turn, the company pledges to donate burgers to outposts of closed restaurants in Los Angeles and New York City to distribute meals to those causes, an effort that also helps retain jobs.

Other vegan brands have also stepped up to help people during the pandemic, including Sophie’s Kitchen (which sent $210,000 worth of vegan tuna to San Francisco Bay Area food banks in March); and Miyoko’s Creamery (which is now serving 1,500 to 2,000 free vegan grilled cheese sandwiches per week to hospital workers in Northern California).