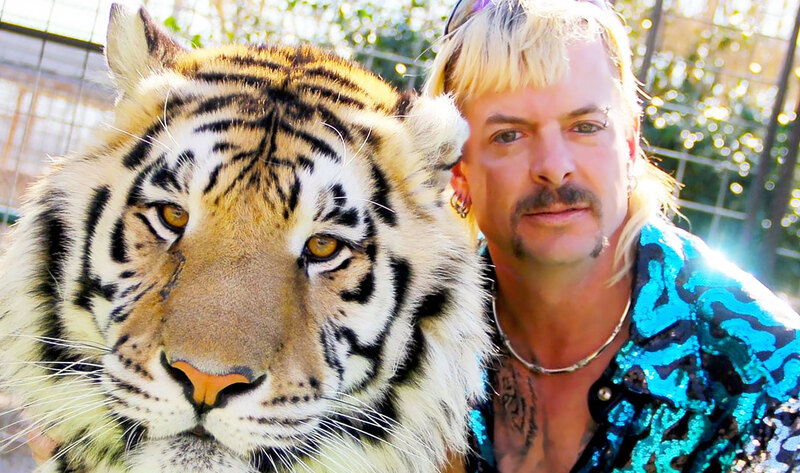 This week, animal-rights organization The Humane Society of the United States (HSUS) released never-before seen footage of animal abuse to show the public the truth behind the big-cat trade portrayed in Netflix’s popular series Tiger King. The series highlights roadside zookeeper and animal breeder Joseph Maldonado-Passage (“Joe Exotic”), along with Kevin “Doc” Antle and other characters who engage in exploiting wild animals for profit.

The footage comes from a 2011 undercover investigation of the roadside zoo where an HSUS investigator worked for 100 days. In the video, various workers at Joe Exotic’s G.W. Zoo, including Joe himself, are seen routinely beating and punching tiger cubs in the face, dragging them by their necks and tails, and engaging in other abuse. The investigator also witnessed the deaths of many animals, including three federally-protected hawks (one of which was placed, still alive, into a dumpster), a baboon, and a serval cat, along with the mistreatment of bears who went without water in 100-degree temperatures.

In 2014, HSUS investigated two additional roadside zoos and visited Antle’s facility, Myrtle Beach Safari, where the organization uncovered an extensive wild-cat trade network that linked Antle to numerous facilities, including the Tiger Safari in Tuttle, OK, and Natural Bridge Zoo in Natural Bridge, VA. HSUS uncovered that Antle bred and sold tigers to these facilities who used the cubs for photo ops until they grew too large, after which they were caged and died shortly thereafter. Amongst other practices such as routine euthanasia of cross-eyed white tigers (a defect that comes from extensive inbreeding), HSUS also uncovered that both Exotic and Antle routinely send tigers to traveling zoo Ryan Easley’s ShowMe Tigers, with Antle sending animals to be exploited in the show as recently as 2019.

“Facilities like Joe Exotic’s and Doc Antle’s masquerade as rescue or conservation operations, but in fact they breed tigers and subject the cubs, who are torn from their mothers immediately after birth, to stress and abuse,” HSUS CEO Kitty Block said. “After a few months, when the cubs are too large for close encounters with the public and the opportunity for profit is over, the cubs are caged, sold into the pet trade, or die. This cycle of breeding for temporary use leads to a surplus of unwanted animals who languish in horrible conditions. This is not conservation. No animal deserves this life.”

Currently, five states (Alabama, Nevada, North Carolina, Oklahoma, and Wisconsin) have virtually no laws pertaining to the possession of wild animals such as these big cats and even in places where some legal protections do exist, these laws are rarely enforced. “It shouldn’t take undercover footage of the abysmal conditions of these majestic tigers and their cubs to highlight why private possession of big cats and cub petting is abject animal cruelty,” Sara Amundson, president of the Humane Society Legislative Fund, said. “The current patchwork of state laws cannot fully address the problem perpetuated by fake ‘sanctuaries’ making money off the backs of endangered and threatened species. Please join us in asking Congress to pass the bipartisan Big Cat Public Safety Act to put the antics of Joe Exotic and Doc Antle where they belong—in the distant past.”