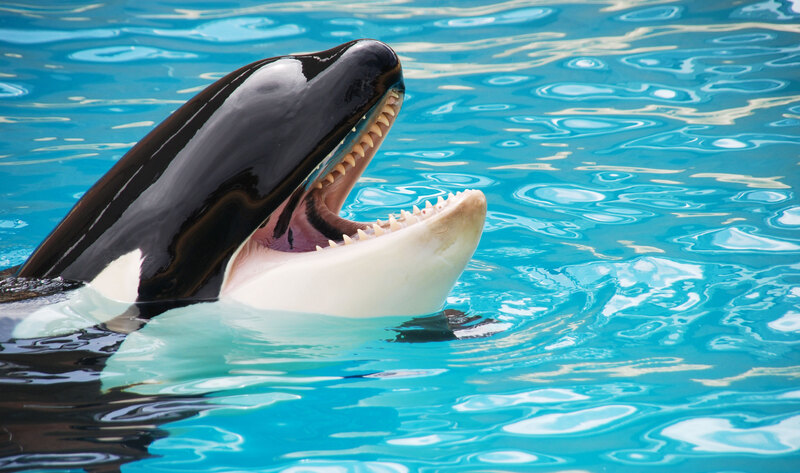 This week, animal-rights group People for the Ethical Treatment of Animals (PETA) sent a letter to SeaWorld’s interim CEO Marc Swanson offering him $250,000 toward the building of a seaside sanctuary in exchange for a commitment to release the park’s marine animals to sanctuaries so that they would no longer be exploited for entertainment. While the park’s profits and attendance were already depressed after the release of documentary Blackfish in 2013, SeaWorld is now headed for more financial downturn as its parks currently closed to the public and 90 percent of its employees have been furloughed due to the COVID-19 pandemic. “This is SeaWorld’s moment to win back all the families who won’t pay to see marine mammals being deprived of everything that’s natural and important to them and trapped in concrete cells,” PETA President Ingrid Newkirk said. “PETA will pay up to get the ball rolling on a seaside sanctuary where orcas, other dolphins, and whales could finally dive deep, feel the ocean currents, and enjoy a more natural life.”

Other marine parks are already preparing to transition marine animals into sanctuaries. Last year, Canada’s Parliament passed the Ending the Captivity of Whales and Dolphins Act, which prohibits the wild capture, captivity, and breeding of whales, dolphins, and porpoises, effectively ending the practice of exploiting cetaceans for entertainment. To help house these animals, non-profit organization The Whale Sanctuary Project (WSP) recently announced plans to build a 40-hectare inlet along the coast of Sherbrooke, Nova Scotia and is in the process of raising $12 million to $14 million in funding to bring the project to life.

Why are so Many Public Health Officials Leaving their Jobs During the Pandemic?